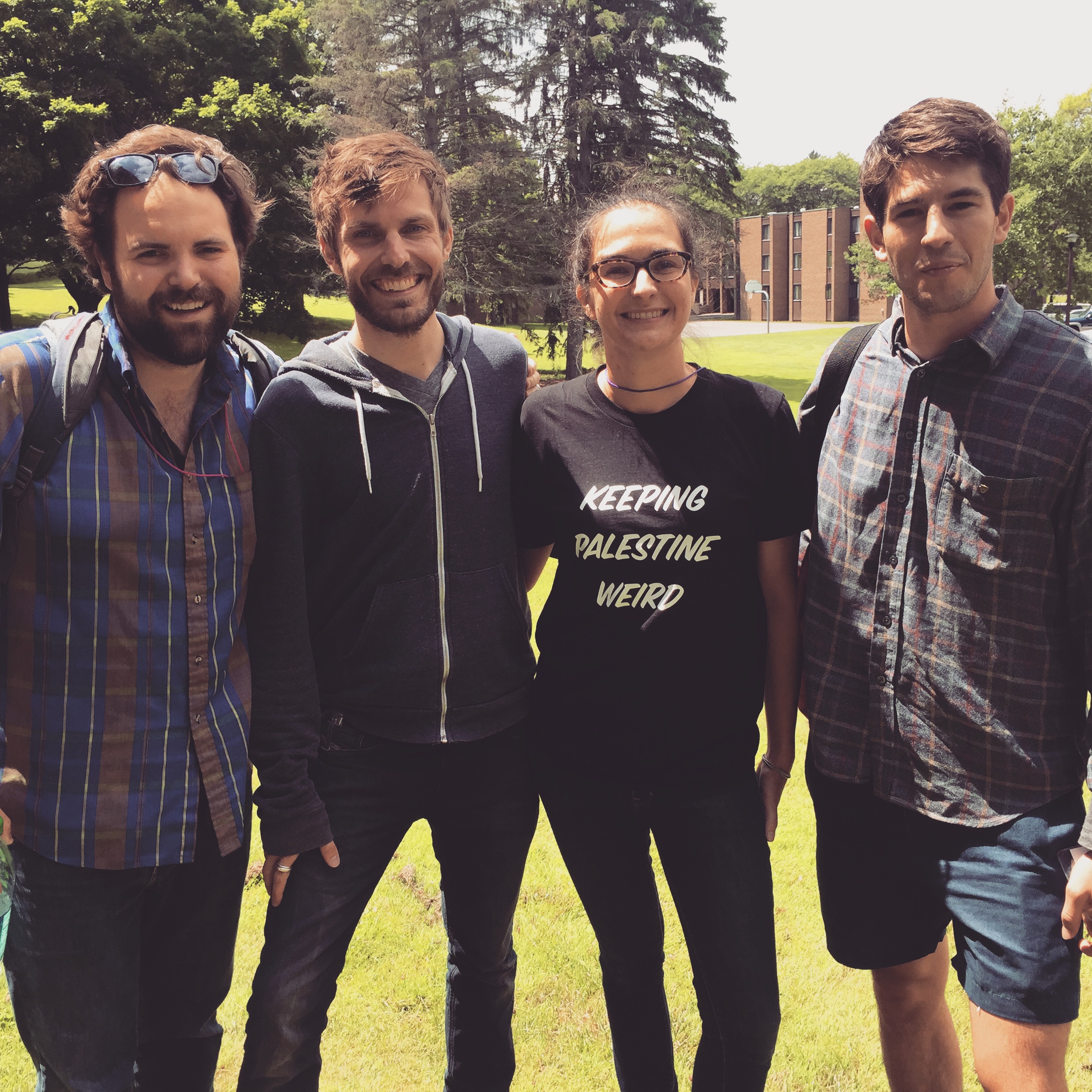 It had just stormed when I arrived in Hamilton, NY and it smelled of recent rain at The Scent of Places. I’d heard warnings from friends and colleagues to “remember to rest,” and “always sit with somebody new when you eat.” There are so many people to meet, films to see, and discussion to finish, that halfway through the week you realize the impossible task that is the Flaherty Seminar. It is meant to be start of something, a catalyst, and not necessarily conclusive in any way. Here is where Rilke’s dictum to love the questions of your heart, and not just the answers, would be tested. It is then that the “ONWARD!” motto of Flaherty rings true. Just keep watching. Keep talking. And take it with you from there. 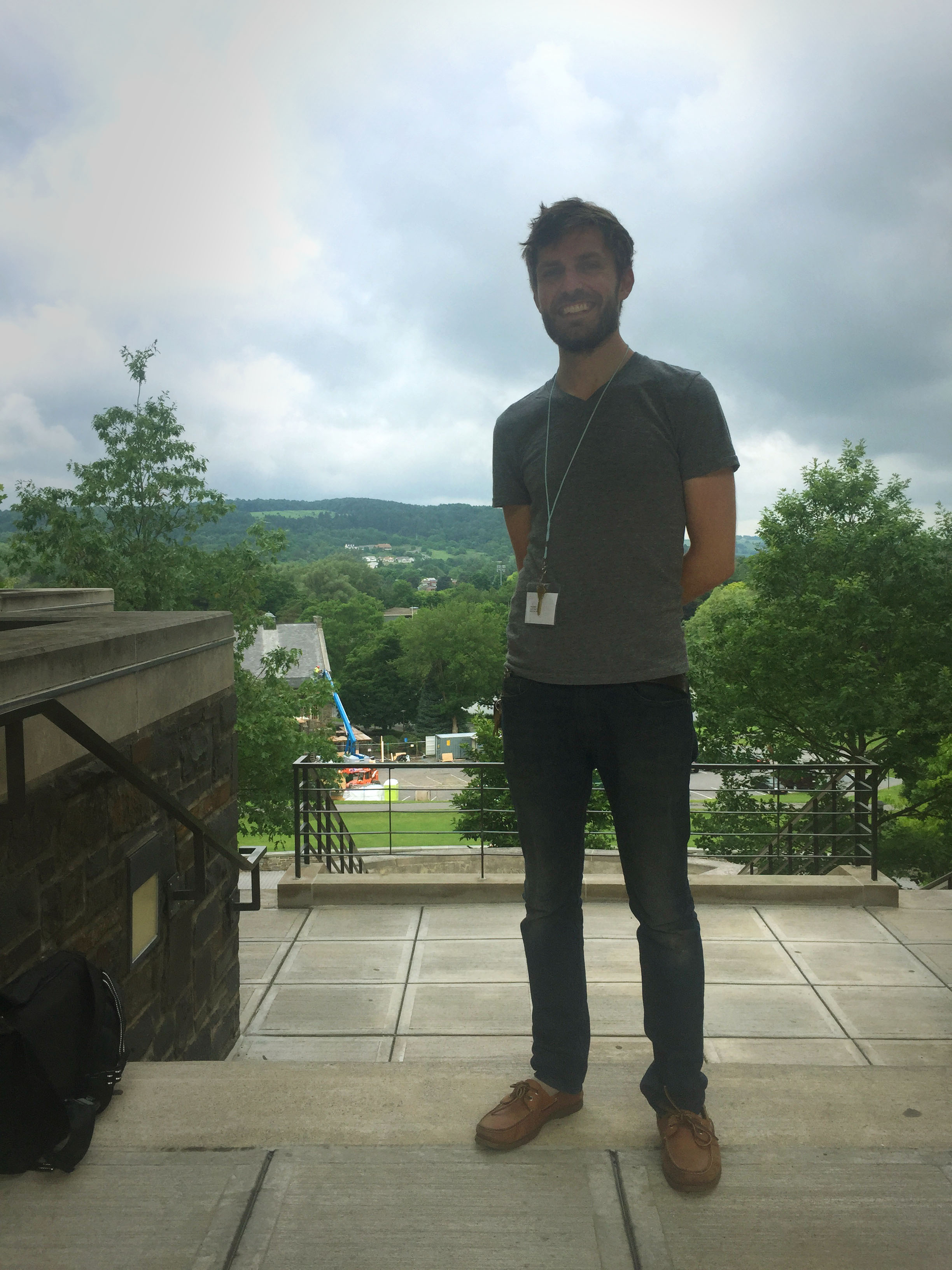 The typical day was overflowing, consisting of waking up at 7am, watching approximately 6-8 hours of films, three plus hours of group discussion in some capacity, eating three collective meals, and then continuing conversations over drinks and ultimately dancing until the sun comes up. Flaherty literature describes those who engage in all of this as “die-hards,” a title I was glad to glean in my time as a fellow. I had to carry the torch! The words intense and exhausting are apt when describing the experience, even for a person who functions well on little sleep. Somehow all of it seems needed though; the grueling screening schedule leading to discussion/confusion and releasing it through forged connections and fraternal convivialities. Here is where liking and disliking are fruitful. It’s targeting pressure points and not relenting from them. 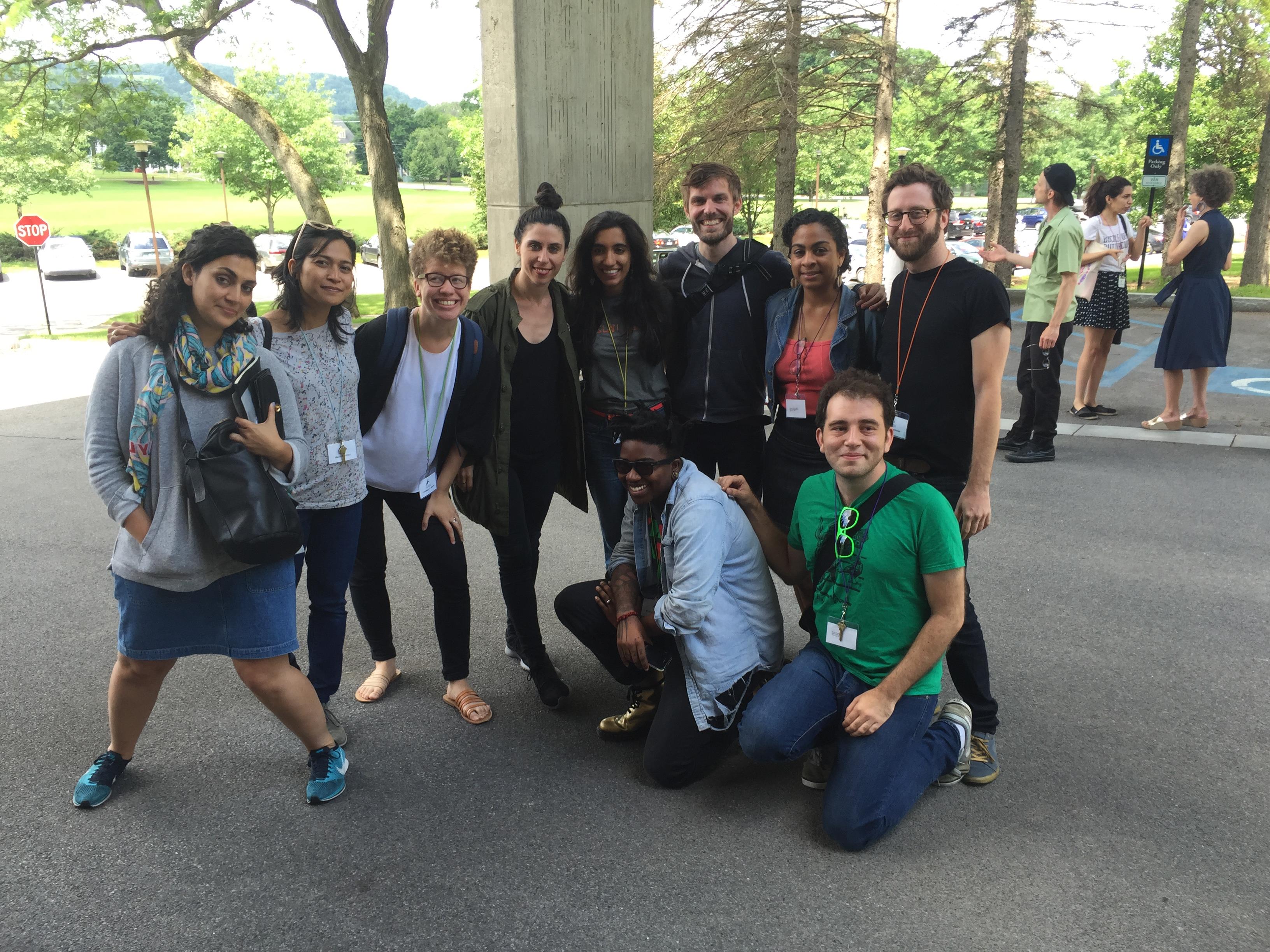 To be there among newcomers, Flaherty veterans, and dedicated staff creates a welcoming yet challenging atmosphere. We don’t all use the same terms or know what to expect, and this posed particular difficulties in communication. Then again, Frances Flaherty stressed the goodness in this, that of ‘non-preconception’, which I came to appreciate as the week wore on. You bring your own terms that are redefined. Board Member and former Flaherty programmer Chi-hui Yang described the process of curating as having an ‘architecture,’ which was a perfect descriptor for the endeavor. What helpful contributions the various disciplines can reflect on each other. There is something productive about having 150+ people watch the same films, with all the filmmakers present, and championing each comment from the audience. It is empowering while being slightly off putting (I’m recalling the first time an attendee let the filmmaker on stage know they HATED their film, to which the filmmaker replied “And that is fine”). During the week there is opportunity to make oneself heard both publicly or privately, and this creates a spirited atmosphere. 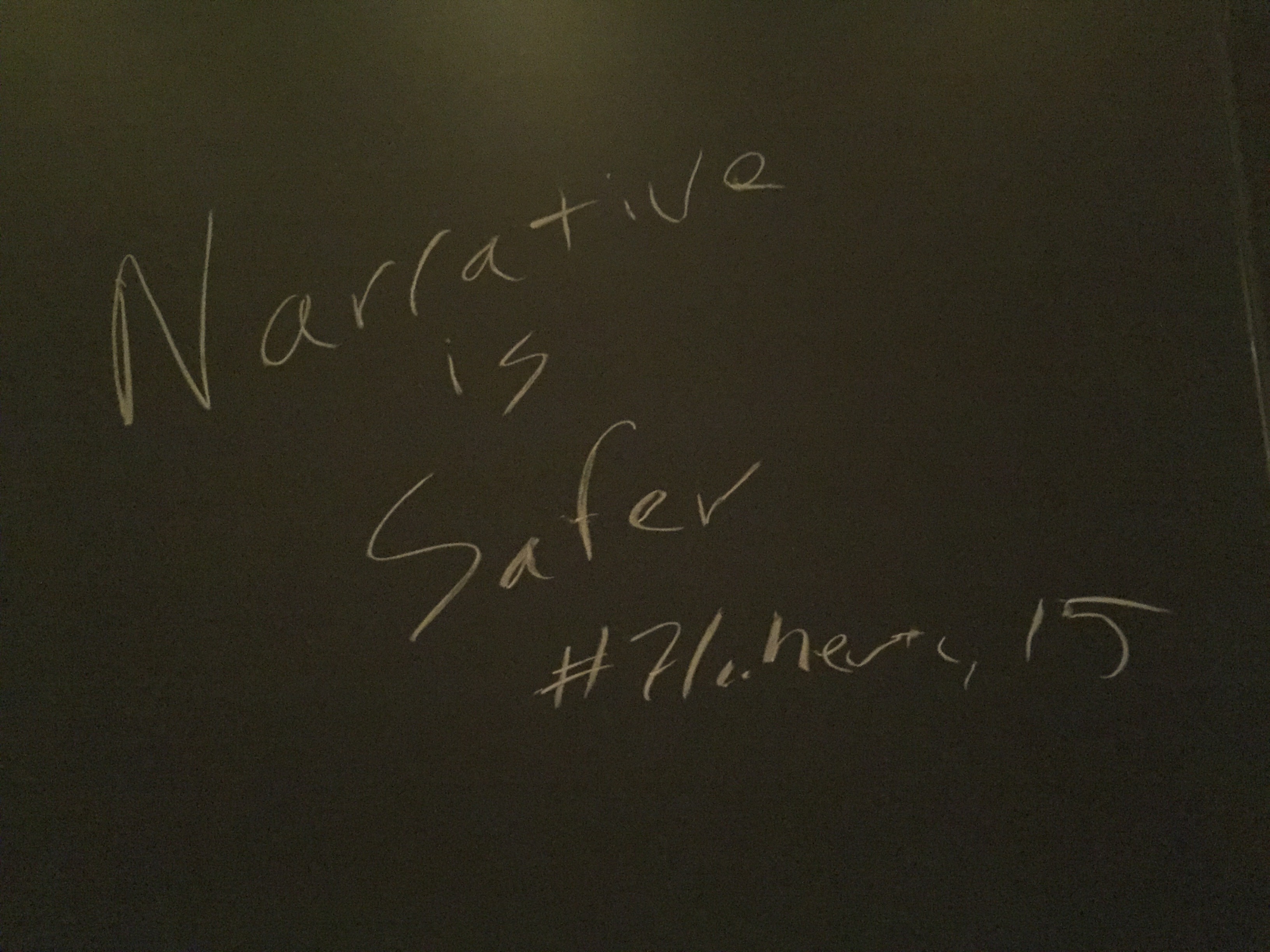 There was notable absence of documentaries at The Scent of Places, whereas the program was full of experimental/installation art and narrative features. A mystery attendee scrawled “Narrative is safer,” on the screening room chalkboard sometime during the week. Each film in the program spoke to the theme’s implicit suggestion; that films can include subtleties in their minutia. In this sense it doesn’t matter what vehicle we choose to analyze be it conventional, experimental, or otherwise. Indeed, the ‘aren’t we all just representing performances’ debate was settled in one of the first day’s discussions. After multiple conversations, we all realized the vocabulary that included ‘ideological,’ ‘representation,’ and ‘absence,’ was an imperfect syllabus. Therein lies the mission of Laura U. Marks while putting together The Scent of Places. We were all going to have to find other words more suitable, and another path more productive. The we-are-all-in-this-together(ness) of the thesis was problematic in some instances, especially in regards to questions of filmmaker intent and supposed audience. The lack of conversation between installation artists and ‘conventional’ documentarians was remarkable both on the stage and off the stage. Perhaps some are concerned with form more than others. Or some want to see past the frame and not concern themselves with the merits of deconstruction per se. The inclusion of both persuasions though was in perfect Flaherty fashion (as I have come to understand it). Maybe the conversations that happened were because of this –  a guided experiment in detecting unrepresentable potions that manifest themselves somehow on screen.

First of all, I just want to say thanks to LEF for this experience at
the 61st Robert Flaherty Film Seminar. I would like to attach an
adjective to the word experience in the previous sentence, but which one
do I choose? The possibilities feel and seem endless. Lovely,
wonderful, fantastic, grueling, tedious, exhausting, alien, incoherent,
restorative, extraterrestrial, indescribable, emotional, puzzling,
challenging, searching. 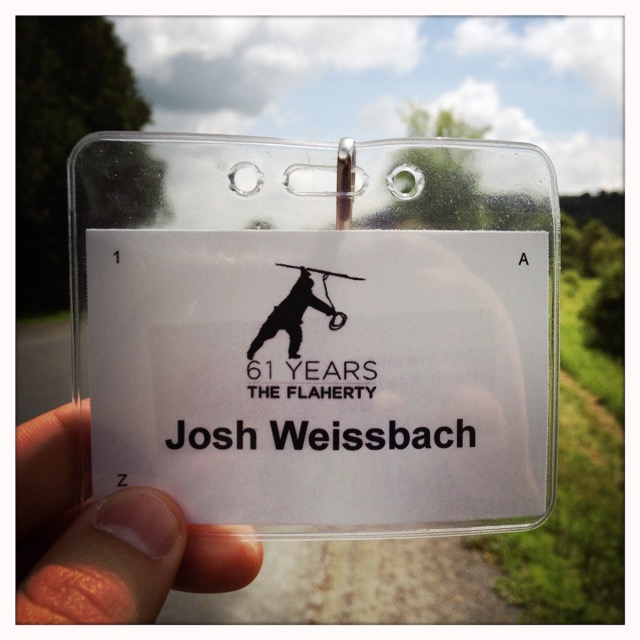 Throughout my week at The Flaherty, I experienced all of these
sentiments and more. And on some level, I think The Flaherty is a game,
or at least it has the feel of being that type of paradigm. What was
Laura U. Marks trying to do with her programming? As the week went on, I
began to settle into the rhythm of her choices when I thought that the
films and videos that were being screened all converged within the
thought that this seminar was about the inability to comprehend. This
conclusion was initially reached while watching Zanj Revolution by Tariq
Teguia. As a singular movie, it felt like it was attempting to map a
cultural landscape that was unable to be mapped. This feeling was
augmented while juxtaposing it to Inland, another one of Tariq Tequia’s
films shown earlier in the week, which partially focused on the physical
mapping of landscapes in Algeria. In this film as well, the act of
mapping failed. 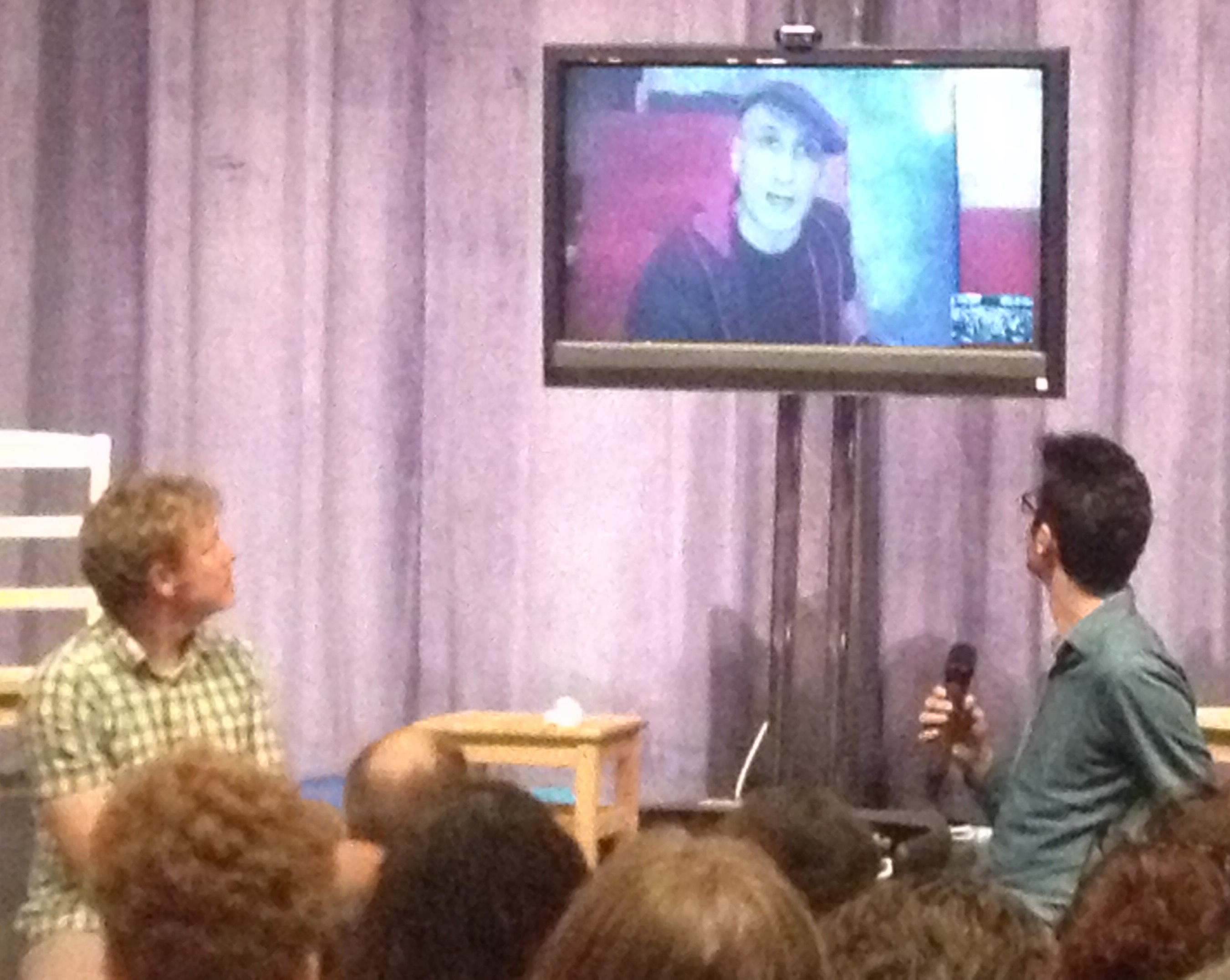 During the last group discussion on the final day of The Flaherty, one
of the other participants spoke to the group about how she saw the week
coalesce into the theme of incoherence. The symmetry that was occurring
between my own thoughts and this other participant’s thoughts made me
feel like there was an unknown and silent acceptance that was
simultaneously happening in our personal reading of the week’s
programming. But how does one work with the inability to comprehend?

When thinking about my own film and video work in the aftermath of The
Robert Flaherty Film Seminar, I do not know yet how the new thoughts and
considerations I both witnessed and individually produced apply to my
own sensibilities. But I can say that it was without a doubt a
generative process for me. For a number of years now I have been working
on a on-going film series entitled The Addresses. This project focuses
on and proposes ways in which to understand the domestic across a
spectrum that includes the intimate at one end and the uncanny at the
other. While at The Flaherty and since my departure, a new set of ideas
and structures have interested me that are now allowing me to consider
both old and new material for The Addresses, whether that material is
appropriated or created on my own. 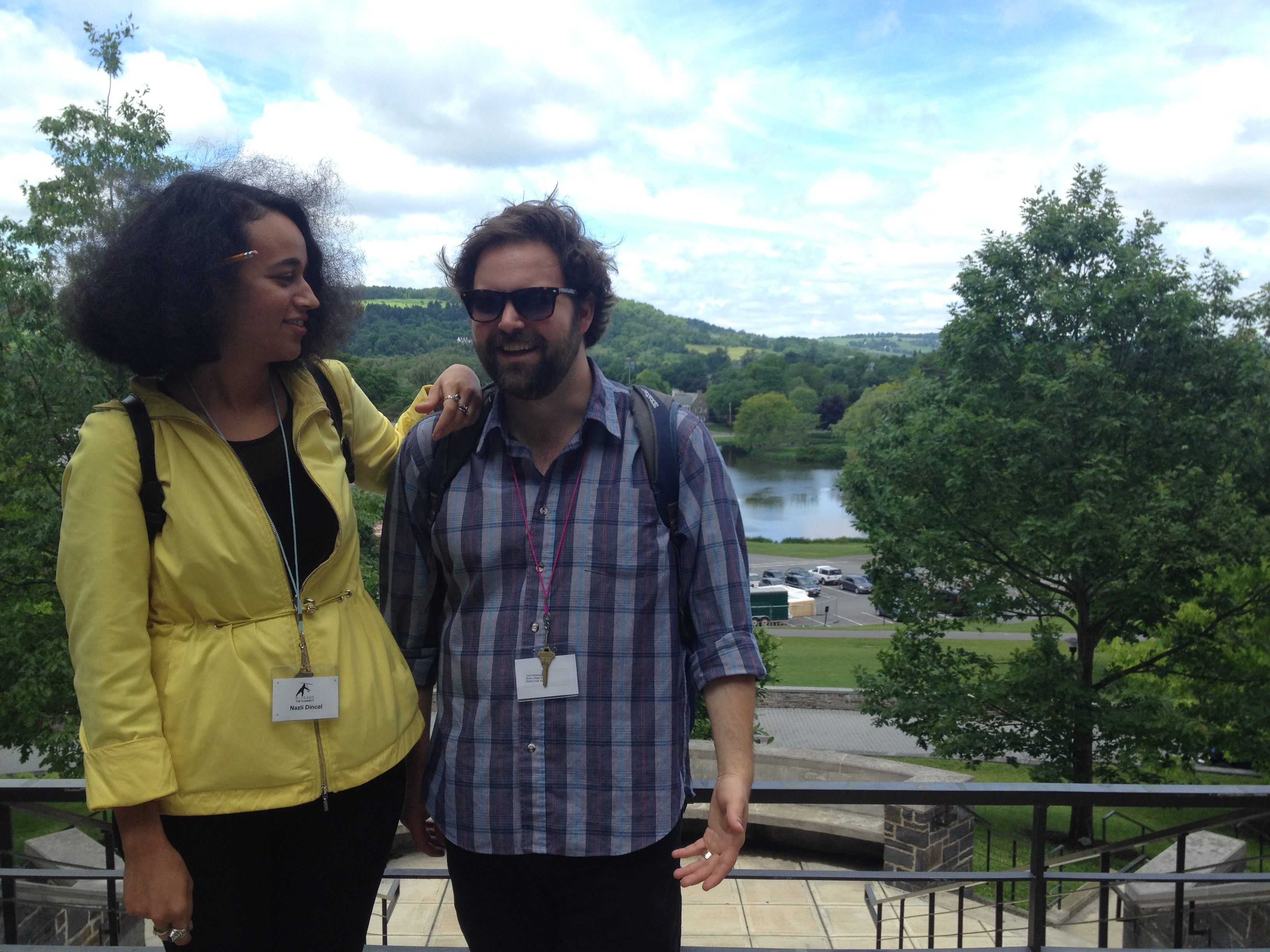 Lately I have been considering one-point perspective grids, the textual
representation of sound within subtitled movies, small quadrants of the
frame that enhance an image’s “domesticity,” the combination of
geographic and cyborg forms to create a cyborg-ography, and the role of
verisimilitude to mask fiction as fact. These ideas somehow relate to
the failure of the whole and the success of the fragment, which maybe
resides somewhere within the inability to cohere. 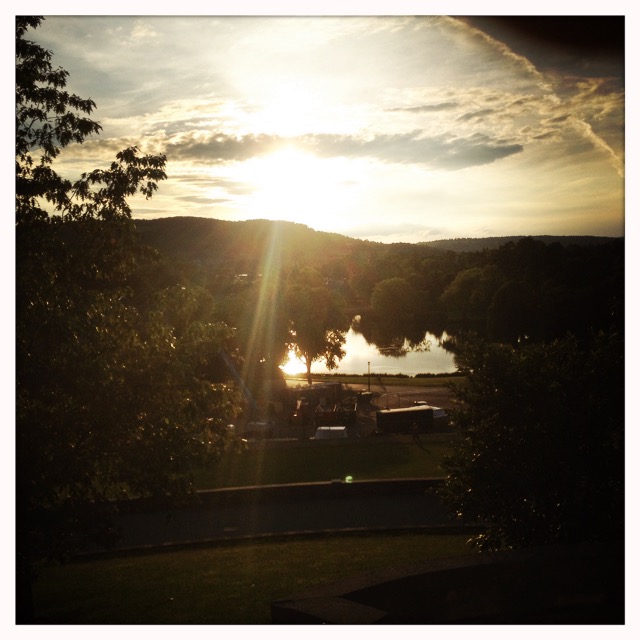 All images courtesy of Eric Gulliver and Josh Weissbach.