From June 15 – 21, the Flaherty Film Seminar hosted its 59th program: HISTORY IS WHAT’S HAPPENING. For the uninitiated, this annual, intensive weeklong seminar brings filmmakers, programmers, scholars and students together to discuss, dissect and celebrate cinema. Since 2009, LEF Foundation has supported a fellowship program that sends New England-based filmmakers to the seminar for professional development and, importantly, inspiration. This year’s fellows were Beth Balaban, Chico Colvard, Hunter Synder, and Jim Wolpaw. Below, we are sharing some of their reflections about their experiences at the legendary Flaherty 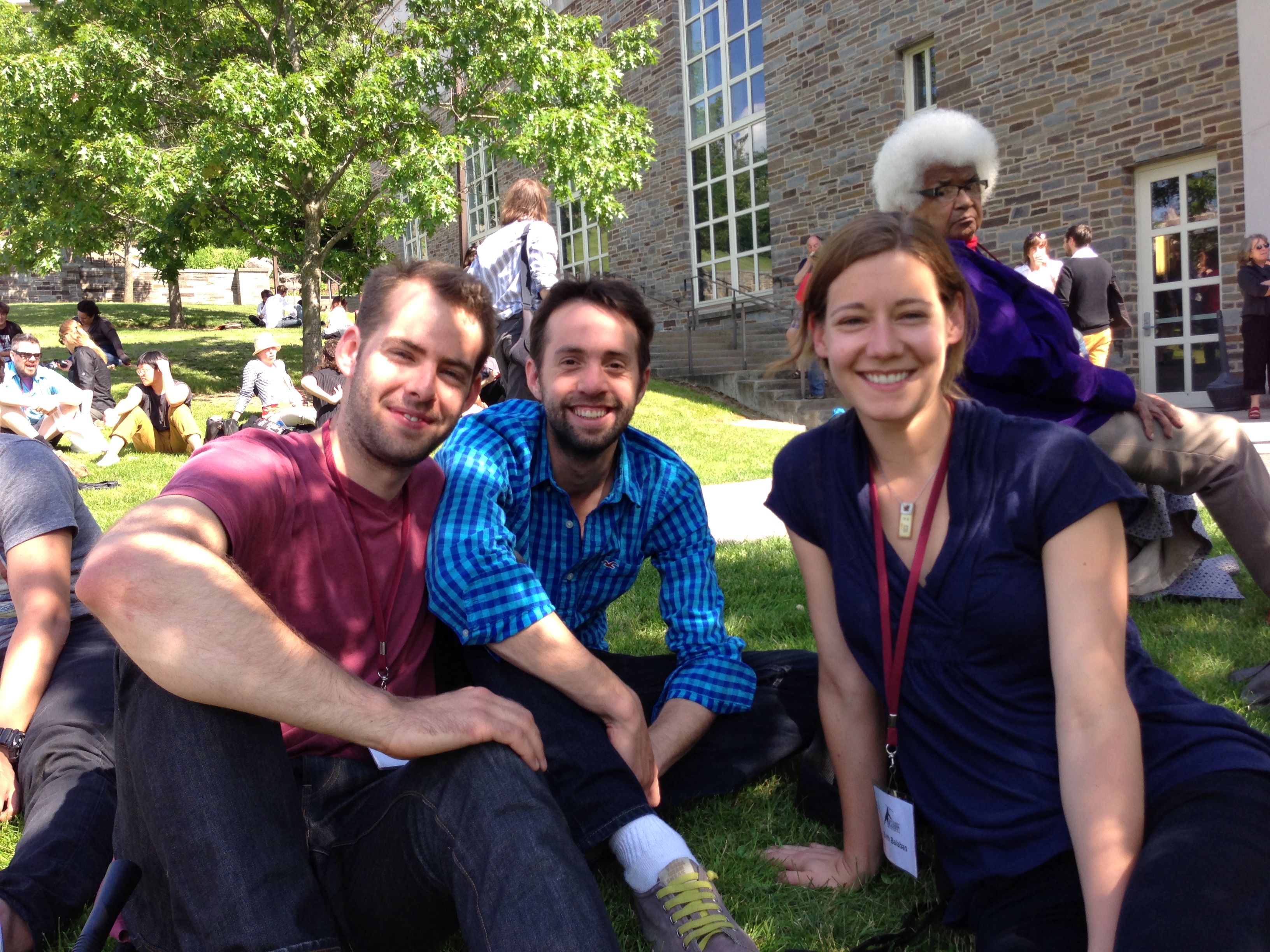 Something is at stake here. Someone spoke these words during the first group discussion at The Flaherty Seminar 2013, and they ultimately defined my week. At lunch one day, film historian Scott McDonald described The Flaherty as a “mixed bag.” Your experience is entirely subjective, he said. The board and the people who run it do an amazing job of setting up the atmosphere – maintaining traditions while also breaking them – with great care and thought. After that, it’s up to you to keep that spirit going within yourself. For me, it was utterly exhausting, and also the most rewarding thing I did this year.

I’mm reticent to report on the specificities of what I saw and heard – because I’ve barely begun to unpack it. It takes the whole year to process what happens here, I heard someone say, and by the time you do, you’re finally ready to come back. The entire seminar felt like a matryoshka doll of critical analysis, and I’m still stuck on the outermost shell. We fellows began the week with a masterclass on programming, and so the conceit of the whole experience was already on my mind. Veteran Flaherty programmer John Gianvito joined Pablo de Ocampo, programmer of this year’s ; “History is What’s Happening”, to discuss the great undertaking of curating the seminar. As the week progressed, I could see Pablo’s overarching vision take shape in a form quite unlike anything else. It’s true that The Flaherty is utterly unique. And this singularity in which I was entrenched illuminated a thing about cinema that I frequently fail to consider – that a film screening is also an event, and the context in which you ingest a work is nearly as important as the work itself.

So there I was, sitting in the discussion room with 170 other participants, and I was listening to a plane fly overhead. Chairs creaked, and a snowy feedback from the audio recording filled the empty space between words. I heard Sarah Maldoror – the first woman to make a feature film in Africa – say something in French that I didn’t understand. From my vantage point in the back, I saw mostly domes of hair and I started to think about what was happening underneath the coifs and how everyone was really listening. Someone translated for Sarah: To create is to invent, is what she had said. Her words unraveled in my head and I conjectured that we were inventing a moment right at that moment, that we create history with invented moments, and that we reinvent history when creating our films. These were just ideas.

Nearly 60 years ago, Francis Flaherty began what the subsequent board members have maintained as a safe place for unsafe ideas – a singular experience where what’s at stake is different for everyone. For me, it was my entire practice. I had begun to lose sight of how I could think about films – how to be daring and adventurous in my ideas. The Flaherty inspired me in a way that I desperately needed at this critical juncture in my career. I’m still considering the macro-Flaherty implications for my work; I’m looking forward to burrowing down into the details. And maybe, after a year of contemplation, I’ll be ready to go back to The Flaherty.

Where else have I ever had the opportunity to watch, think and converse with the filmmakers, artists and critics whose work has been an inspiration – and a shaping force – for my own? Before attending the Flaherty, there was no such opportunity. For a young filmmaker, watching rare and new films, having meals with your documentary filmmaking heroes, and being part of an accomplished fellowship cohort can be likened to drinking from a fire hydrant. And in the wake of the Flaherty, there still remains a strong flow of new ideas and the formation of new friendships. Thank you LEF for supporting us as fellows of this year’s Flaherty Seminar. I sincerely hope to return.

At times during my week at Flaherty I felt like I was in the middle of a diabolical, but fascinating, sensory experiment. It was an intense experience, in many ways reminiscent of the experience of an extended film shoot. However, while a film crew might spend 16+ hour days together in the production of one film, the Flaherty crew spends 16+ hour days together viewing, discussing, dissecting, and absorbing a dizzying array of films.

Going into the seminar I was very excited about its theme “History is What’s Happening”, since much of my own work focuses on making historical characters and events accessible and relevant for modern audiences. However, the majority of the work screened at the seminar was non-narrative and focused on making aesthetic and political statements, and the post-screening discussions focused on close readings of the films, rather than on analysis of either how the films used historical events, or how they engaged audiences.

The seminar film that I found most interesting was The Specialist by Israeli filmmaker Eyal Sivan. In his treatment of history Sivan chooses to focus on perpetrators rather than victims. The Specialist is made totally with archival footage of the 1961 trial of Adolph Eichmann. In the post film discussion Sivan talked about how, as a schoolboy, he was required to memorize the portion of the prosecuting attorney’s opening argument that describes Eichmann as an inhuman monster. Sivan opens his film with this statement, but the remainder of the film focuses on Eichmann, as he attempts to explain and defend his actions. By doing this, Sivan creates a portrait of a very human monster.

With the exception of Sivan’s work, most of the films screened could, I think, be classified as experimental films with documentary elements, rather than as documentary films dealing with historical issues and events in innovative ways. For me, with a documentary orientation, this was somewhat disappointing

With that said, the seminar was a valuable and extraordinary experience, a total immersion in film. I am grateful to LEF for providing me with the opportunity to attend as a fellow.