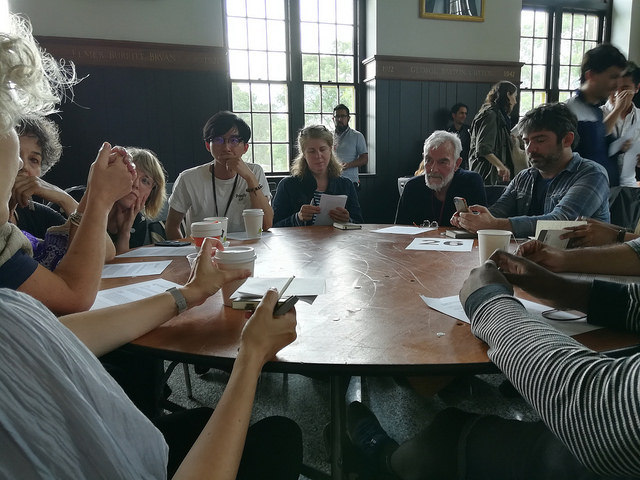 After sharing Allison Cekala’s notes last month, this week on the LEF blog, we share new reflections from Darian Stansbury’s experience at the Seminar.

I’m still thumbing through and highlighting 53 pages of notes taken over 7 days. Still captioning 118 photos and 16 videos. Still feeling the electricity of 5 nights on the dancefloor, 3 of them barefooted. 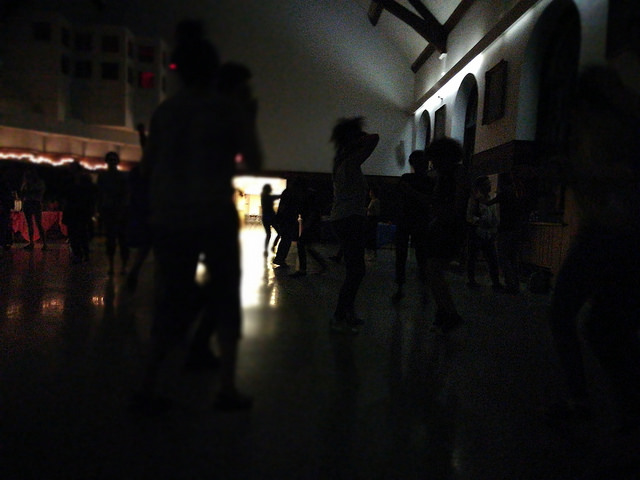 Trinh Minh-ha stated in discussion on June 20th, “People bury in order to remember.” I have deeply buried my memories as a Flaherty fellow in my mind and heart of hearts, and will mine them for ages to come. Programmer Nuno Lisboa began his first morning screening by stating that he was “jealous” of those who were attending for the first time. Shortly thereafter, I knew exactly why: I could be taken by surprise only once. Like Frances Flaherty would have wanted, I had very few preconceived notions. I had not spoken to anyone who had attended the seminar before. When the theatre lights were being lowered, I was passing through the “dark partition” (Trinh) into a kino-fire hydrant blast of 40+ films.

Laura Poitras said she “likes to implicate the audience.” I was implicated and stirred to decisively evaluate my own practice. As an artist, I usually have a constellation of rotating projects in mind at various stages of development. During the course of the seminar, I was affirmed in which concepts and themes to continue exploring and experimenting in, as well as the ideas and courses to abandon. I received new ideas of my own; ideas that I experienced more viscerally and emotionally after having my senses heightened and stamina broken down by the sheer volume and weightiness of content. 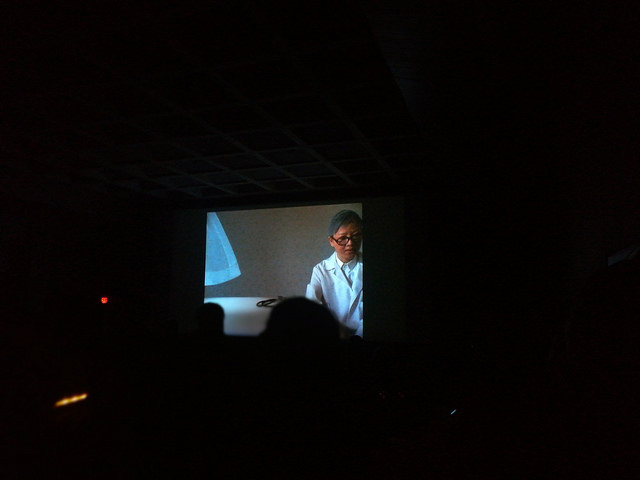 I admired how each of the filmmakers not only addressed their own implications and biases, but absorbed them into their work. They did not avoid or sidestep the tensions therein as many commercially-focused artists do. 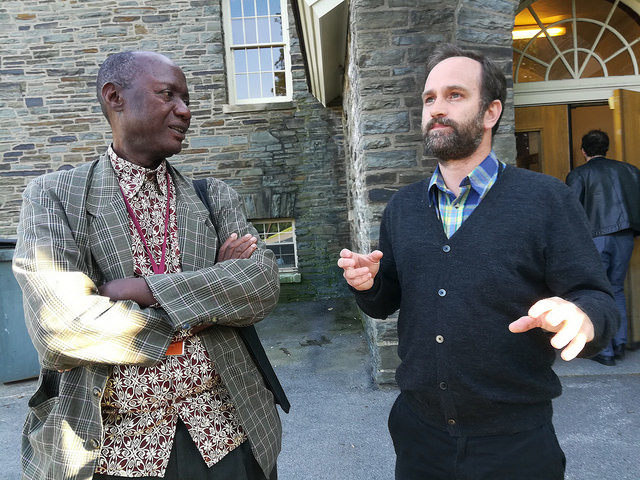 I discovered while attending that the fellowship program was once referred to as the grants-in-aid program. While it may not be the case for my colleagues, this title would have been applicable to me. Without this grant from the LEF Foundation to attend, the Flaherty Seminar would have remained on my ‘Someday/Maybe’ list, in direct competition with other practical considerations like: “Should I buy a camera?” or “Should I take a summer course instead?”

In addition, the Flaherty fellowship program was my first ​yes in a political environment that is very much influenced by the other yes’s already on the list. As I overheard it repeated by another participant, “I feel as though I’ve found my film tribe.” Gaining exposure to this tribe of contemporaries who are eager to offer critique on my work is not just encouraging, but crucial to survival. The direction I was so generously and immediately given by other fellows on navigating the world of fundraising, residencies, and grant-writing will be invaluable. 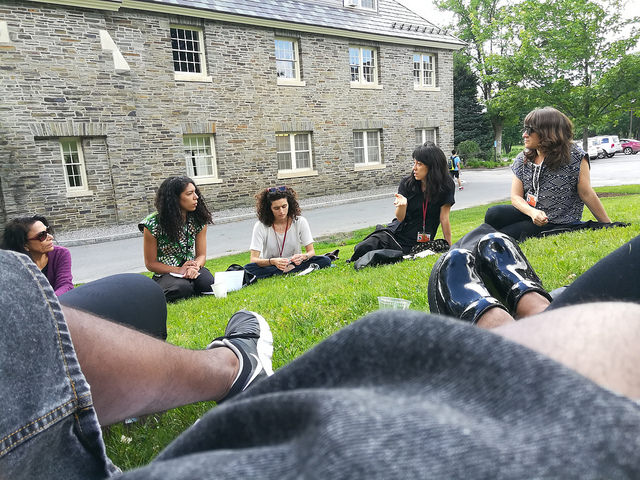 Arriving a day earlier, as the fellows are expected, gave me the opportunity to become acquainted with my surroundings and begin conversations more slowly. I had the privilege of being fully present. The time spent with the fellows prior to the Opening Reception was like a private appetizer before the full excitement of 130 more people being added. Being identified as a fellow was a primary factor to my not becoming lost amongst the crowd. My duties bartending during the evening and happy hour afforded me interactions with participants and staff that were informal and earnest. You get to know people best when you are serving them. The radical access to the featured filmmakers (and participants) throughout the master-class, meals, and in between screenings was counter-cultural. I was free to obtain the information needed, to gain insights on their philosophies and thinking processes, and to challenge areas growth in myself. 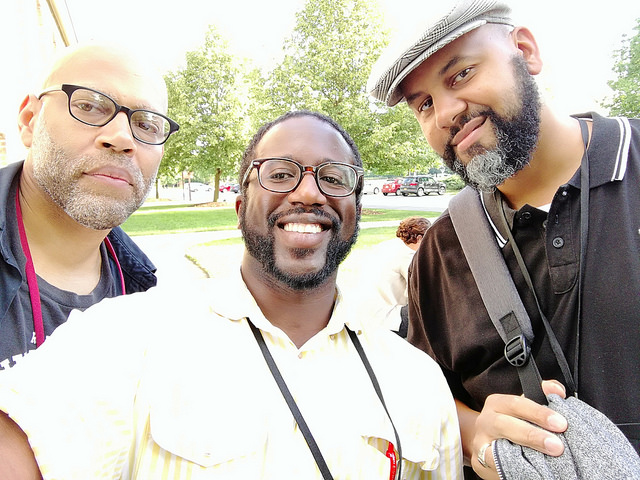