The IFP’s Independent Film Week is a fantastic annual showcase of independent films at different stages of development by both emerging and established artists. During this week, the IFP connects filmmakers with funders, broadcasters, sales agents, festival programmers and other key film supporters in an attempt to gain traction for the selected projects. At the 2013 Project Forum’s Spotlight on Documentaries, LEF was fortunate to have 3 LEF-supported projects in the slate: ELEPHANT IN THE ROOM (Ed Pincus, Lucia Small, Mary Kerr), MUDFLOW (Cynthia Wade) and THE AUTOBIOGRAPHY OF MICHELLE MAREN (Michel Negroponte, Michelle Maren, Marie-Emmanuelle Hartness). Cambridge-based filmmaker Marie-Emmanuelle Hartness is producing THE AUTOBIOGRAPHY OF MICHELLE MAREN, a film about 49-year-old Michelle, a former beauty queen and porn star, who has barricaded herself in her apartment, suffers from multiple mental disorders and fights to move beyond a haunting past of sexual abuse and abandonment. This was Marie-Emmanuelle’s first journey to the IFP and she shares her experiences of the IFP in this blog post. Thank you, Marie-Emmanuelle! 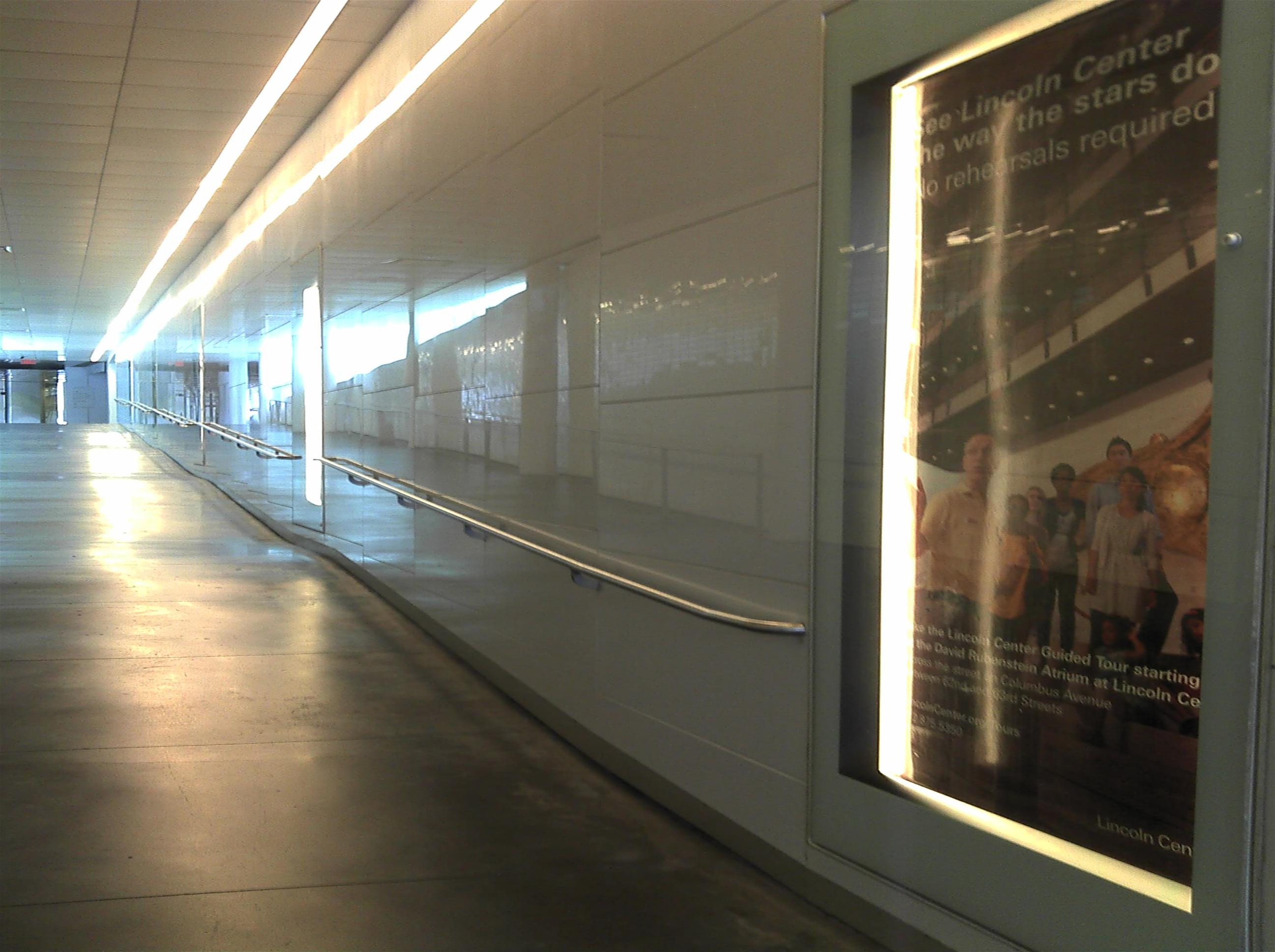 IFP Independent Film Week – What a positive experience! Michel [Negroponte] and I were thrilled to attend 2013’s session with our production THE AUTOBIOGRAPHY OF MICHELLE MAREN.

There were really three major steps leading to the market: 1) apply, 2) get selected, 3) prepare! And there was a lot of preparation! We had a new deadline every other week over the summer: filling out files, uploading cuts, setting up our schedule, and  the most difficult of all – creating a twenty-minute cut of THE AUTOBIOGRAPHY OF MICHELLE MAREN.

Upon arrival at the Lincoln Center subway stop, the first persons I luckily ran into were Michel Negroponte (my collaborator) and LEF’s Lyda Kuth (and her heartwarming smile).  It was a very good sign; the upcoming week was promising already!

Meetings with Industry people went smoothly, Michel and I had a set schedule and documents to support our pitch. I had my computer, the trailer of the film available and—very important—comfortable headphones. All meetings were held in a tight room, tables very close to each other so; no –one could hear the sound of the trailer without headphones. We also had a one-sheet presentation of the film as well as postcards, including photo, film title, contact info and micro screening date.

The micro screening was a presentation of our twenty-minute cut in a room with a large flat screen. There were thirty seats and we were pleased to fill out twenty-five of them. We were at IFP to find funding and distribution possibilities, so I would not say that the micro screening had as an important impact as the industry and distributor meetings on the tenth floor!  But it was nice to have Lyda Kuth, filmmaker Lucia Small and friends discover a cut of our film. Michelle Maren herself came to the screening, it was the first time she was able to watch part of the film with an audience. She was thrilled.

The following two days were all about meeting with broadcasters, more producers, and foundations. We had interesting meetings with places like Al Jazeera America, HBO, POV, Women Makes Movies (women are the majority on our team!), Chicken and Egg, and many more.  After this full roster of meetings, I felt privileged. IFP was making my life much easier: it would be very complicated to meet all these influential people separately (if ever!) and thanks to IFP and Milton Tabbot, we were all here to meet and discuss possible collaborations.

The last day—Thursday—was what we Filmmakers, called “Speed-dating with programmers”. Again, we had a set schedule (IFP did a great job and the volunteers were extremely helpful, bravo and thank you to them!) but meeting time was reduced to ten minutes! In ten-minute meetings, programmers had to present their festivals and filmmakers pitch their films.  Volunteers were walking around the tables lifting their hand; five, four, three, two, one, switch tables! Michel and I teamed well together, it was good to have an accomplice to pitch the project with!

It was fantastic to be part of a selected portion of the most influential parties in today’s Documentary creation. The next step is to follow up with our contacts and see where our film travels next!