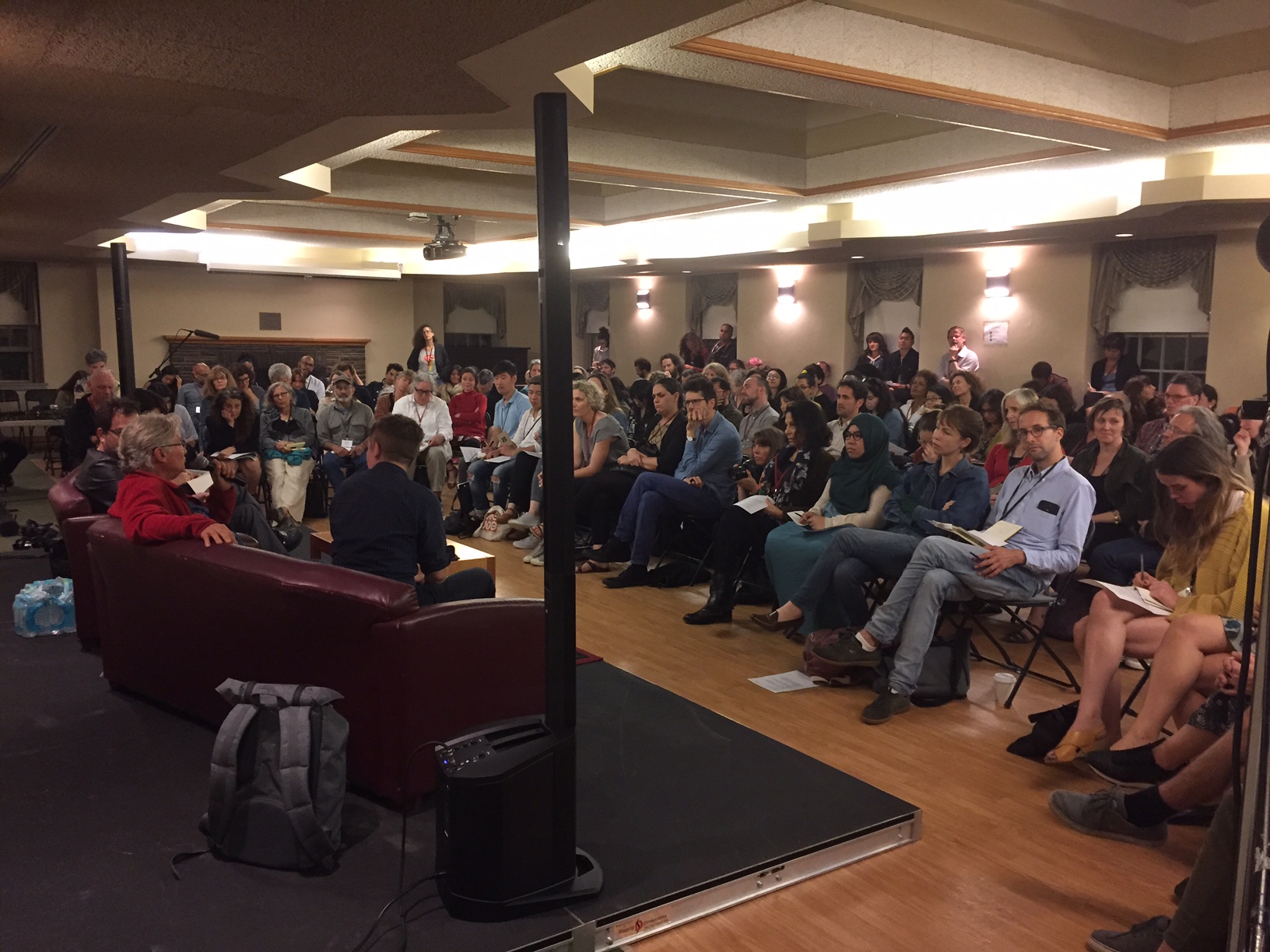 This week, we share some notes and images from Allison Cekala’s experience at the Seminar.

It is hard for me to try to synthesize my experience this past week at the Flaherty Seminar. It felt like entering an otherworldly, never-ending, immersive world of documentary film, film criticism, and non-stop discussion. It was exhausting and intense, but I have come away with new friendships, connections, and a deeper understanding of cinema.

As one of the 35 fellows this year, I arrived a day before the rest of the participants. We were able to get to know each other, and each others’ work as well as attend a master class by Trihn T. Mihn Ha, a highlight for me. When the rest of the participants arrived we became part of a 175-member community of makers, critics, academics, and film enthusiasts from 22 different countries; a community committed and devoted to not only talking about film, but larger the implications of cinema and documentary, questioning representation, authenticity, performativity, truth, class, race, aesthetics, and a myriad of other concerns both about the world at large and the medium of filmmaking.

As the seminar unfolded, blindly going into each program, we slowly came to recognize each of the ten filmmakers sharing work: Filipa Cesar, Vincent Carelli, Kevin Jerome Everson, Dominic Gagnon, Laura Huertas Millan, Sana na N’Hada, Laura Poitras, Peter Nestler, Trinh Minh-ha, and Eduardo Williams. The Flaherty is a unique experience, not only because we come to each program without preconception, but also, the program is a highly curated sequence, this year by Nuno Lisboa. Different from a film festival, the ways in which the films either compliment or create dissonance are planned to encourage conversation, this year within the theme of “Future Remains”. I was able to see connections to films that were shown at different times of the week and also within the same day. For example, Kevin Jerome Everson’s Tonsler Park employed a similar structure to Dominic Gagnon’s Idea of the North, focusing on long shots of close-up faces, but their affects where distinctively opposed. Idea of the North, depicting a dark view of Inuit people, using appropriated youtube footage, produced some of the most inflammatory and passionate responses on Wednesday evening, (the kind of notorious debate that I had heard rumor of at the Flaherty) while the Kevin Jerome Everson’s generous gaze in Tonsler Park produced a more praiseworthy response. 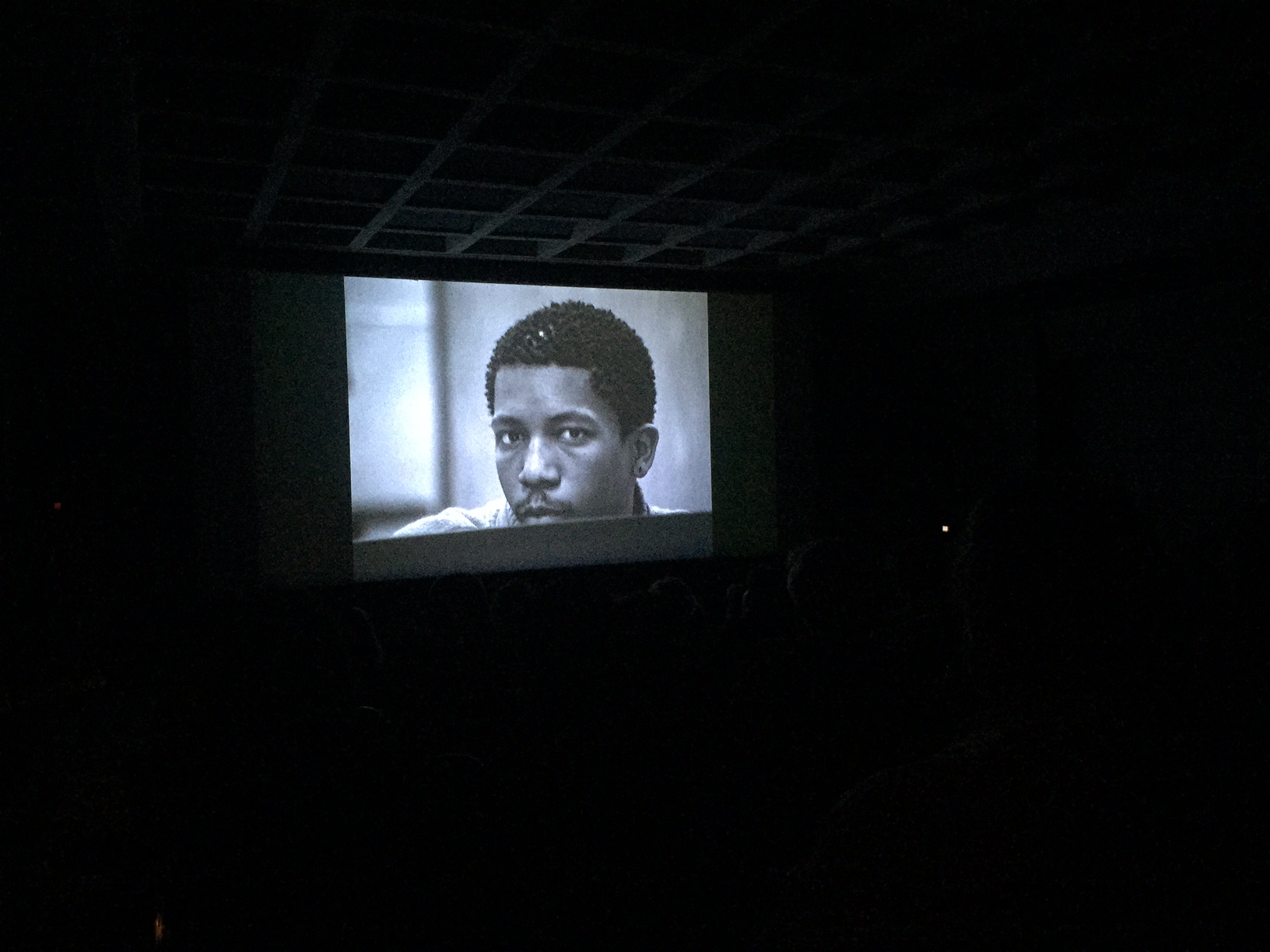 As a new filmmaker without formal training in film, listening and engaging with the critical discourse that followed each film was most impactful. It felt almost absurd to judge a film without knowing its context and seeing it only once, but often, my opinions about the film would shift as I heard other’s thoughts about the film. I am continuing to unpack comments like “I don’t make films for the subject”, as quoted by Kevin Jerome Everson, or the notion of “speaking nearby”, rather than “speaking for” or “speaking about” another, as quoted by Trihn T. Mihn-ha, whose presence was one of the most meaningful parts of the seminar.

A new book just came out about the Flaherty, “The Flaherty: Decades in the Cause of Independent Cinema”, written by long-time Flaherty participants Scott MacDonald and Patty Zimmerman. During a fellows lunch, Scott and Patty talked about the history of the seminar and their experience writing the book. It was then that I realized the larger implications of the seminar, in how it has shaped film and the discourse surrounding it and we, the participants, are an integral part of that history. The Flaherty feels as though it is at the forefront of the shifting and changing world of documentary, keeping it honest, current, and continually redefining and pushing the boundaries of the genre. 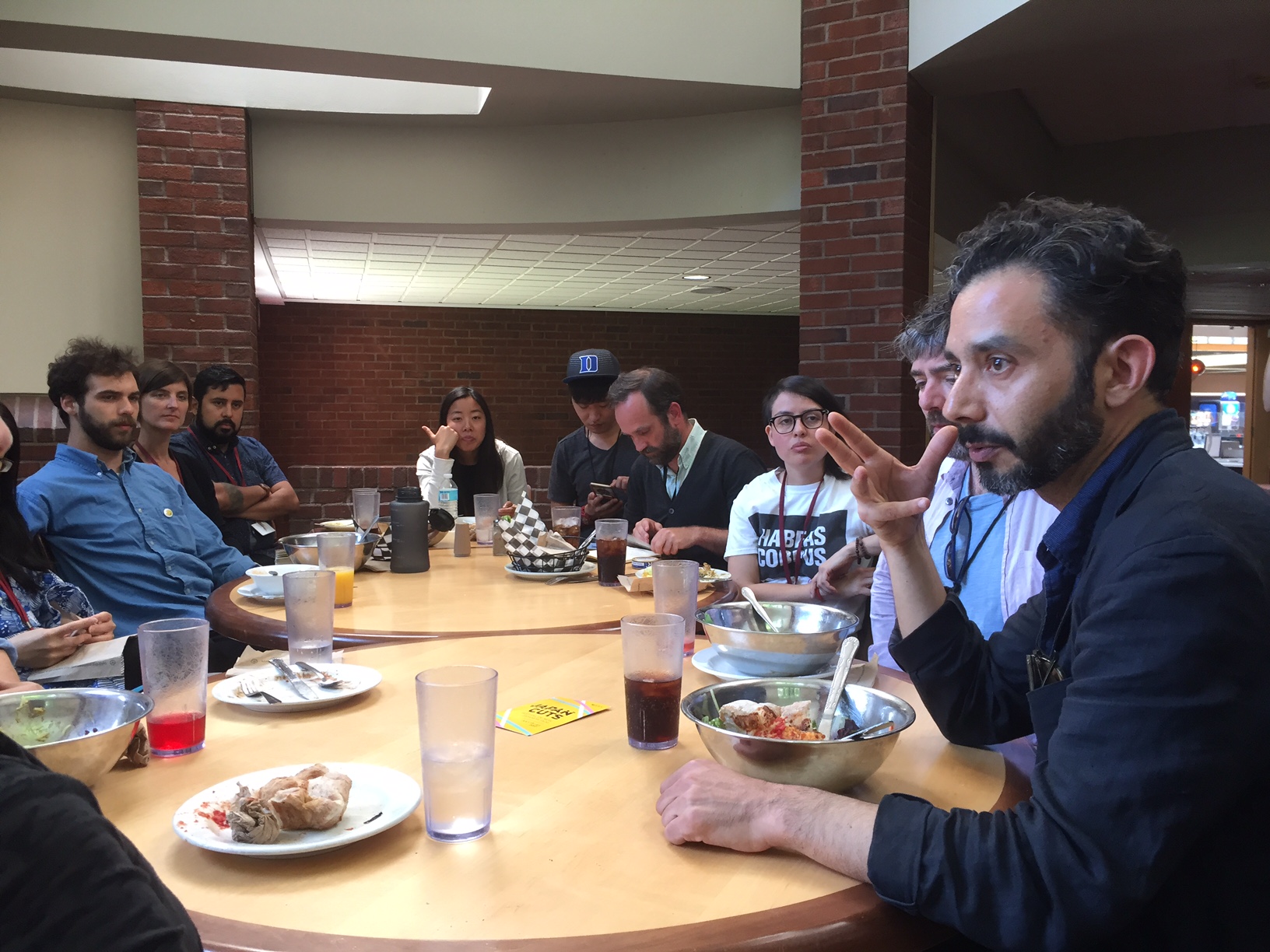 On the final day of the seminar, Sana na N’Hada (through a translator) said, “It has been an honor to be amongst such an elevated assembly. I am returning to my country with optimism because I have hope in the world.” N’Hada is known for filming his country, Guinea-Bissau, during their war for independence in the 60s and 70s. He had seen unimaginable hardship and suffering, but his powerful films have become an important document in his country’s history. Just as Sana observed during the seminar, it also became clear to me that our group was deeply invested in the betterment of humanity and the proliferation of art and new ideas through the medium of moving image. We all feel that filmmaking is important. Its significance is far-reaching and deeply intertwined with social underpinnings of our society. Attending the Flaherty allowed me to understand this further, transforming me into a more sensitive viewer and maker. It is an experience that I will surely take with me as I move through the world.

Thank you LEF for the opportunity to attend this year’s Flaherty Seminar.