Two LEF-funded projects were selected for IFP’s Spotlight on Documentaries during Independent Film Week (September  14-18), including THE GUYS NEXT DOOR (Amy Geller and Allie Humenuk) and THREE DAYS TO SEE (Garrett Zevgetis). This week, Garrett shares his experience of the event. Here’s his report: 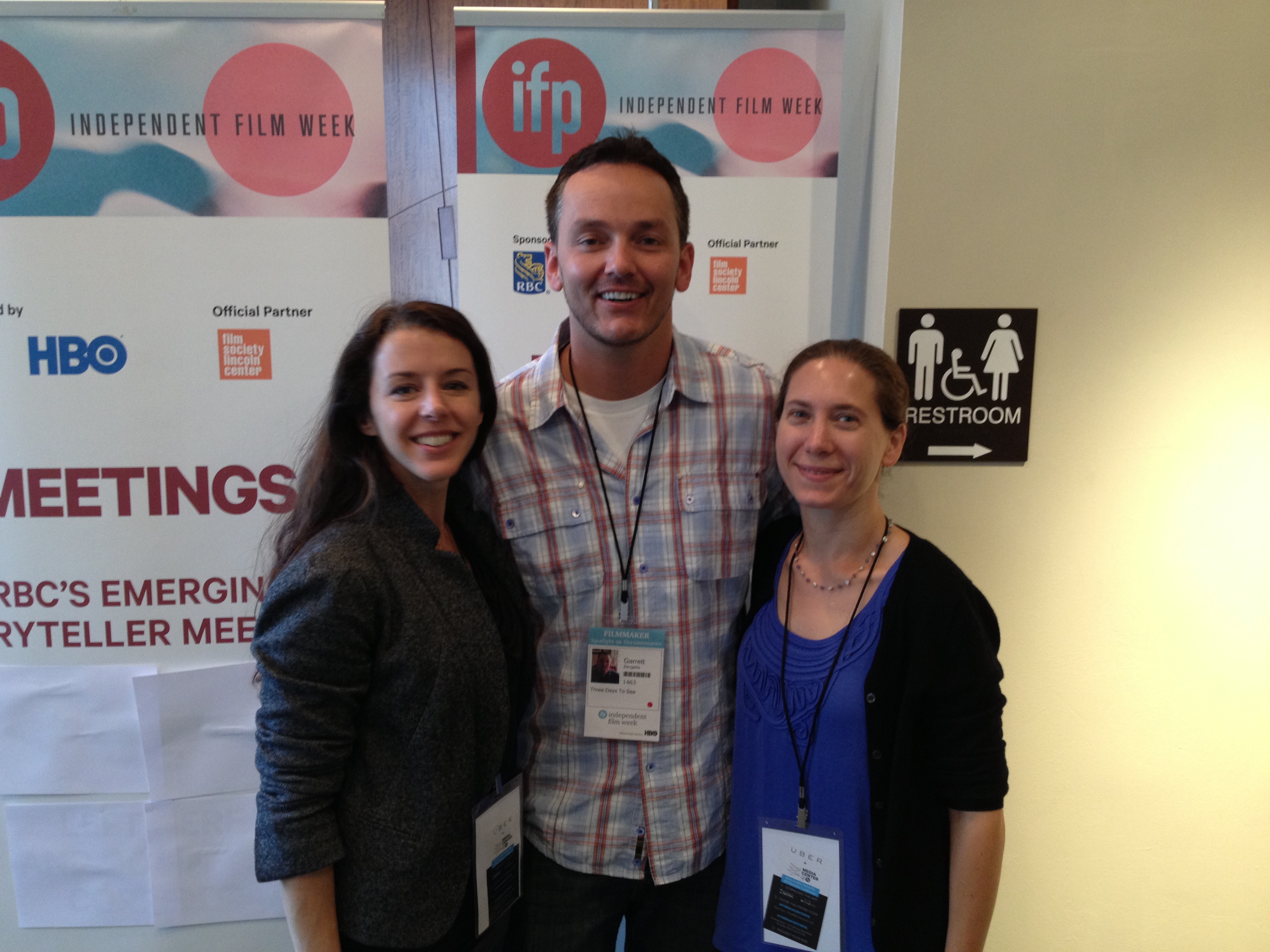 “Who’s involved, what’s the conflict, and what’s the transformation?” Cut to the chase! That was the candid advice we were given by a major funder during a meeting for IFP’s Spotlight on Documentaries program at Independent Film Week. We spent five days pitching our LEF-funded documentary THREE DAYS TO SEE throughout New York City, in focused 30-minute industry meetings at beautiful Lincoln Center, at the HBO offices during brunch with their top executives, over loud music at a Chelsea dive bar party hosted by SXSW. We learned that the biggest challenge is communicating simply and powerfully about the story we aim to tell.

We quickly realized that everyone at Independent Film Week had a fascinating story. Building friendships with other filmmakers was one of the best perks of being in such great company. We’d simply reach out our hand and say: “Do you have a film here?” With so many films being made these days (over 400 were submitted to Independent Film Week), IFP selection gave us a new stamp of validation and confidence when we sat down with Sundance, Tribeca, HBO, PBS, and other great distributors, programmers, agents, and funders.

It was thrilling to engage with so many industry players for the first time about our little story of a young woman’s journey to adulthood. Often they would start off a bit removed, but then our excitement would catch on, especially if they watched our trailer. The best meetings transformed from a pitch into a genuine back-and-forth conversation about our characters, themes, and surprising twists. On the first day I spent too much time telling people what I thought they wanted to hear. By the second day I had shortened my pitch, leaving room to read their body language and allow for their own curiosity and insights.

Here are a few hints from our team for your next pitching experience:

We also got the chance to hear leaders in the film world deliver invaluable keynotes and panels, and rub elbows with them all at the networking after-parties. Every single bit of IFP’s Project Forum is designed to make you a more fully-realized filmmaker. Documentary work can sometimes feel like a lonely, thankless endeavor. After our time at IFP, I know for certain that THREE DAYS TO SEE will reach eager audiences, and I feel a renewed personal mandate to effect change in the world with the power of visual storytelling.

Hope to see you there in future years!