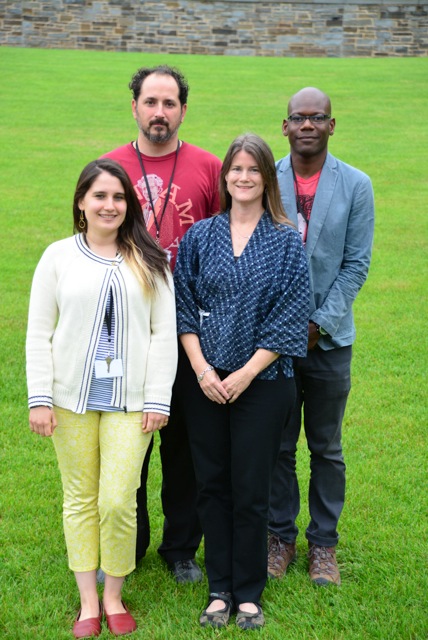 Four New England filmmakers were selected to attend the 60th Robert Flaherty Film Seminar from June 14-20, 2014 as LEF Fellows. These filmmakers are Beyza Boyacioglu, Warren Cockerham, Amy Jenkins, and Brynmore Williams. The following are reflections from the fellows about their Flaherty Seminar experience: 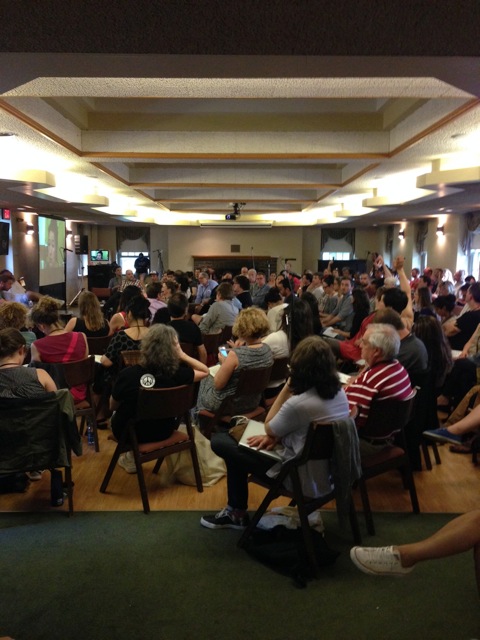 Disruption! That about sums up my experience at the Flaherty Seminar.  Disruption of style, disruption of form, disruption of expectations.  Nothing could have prepared me for what I discovered at the Flaherty.  The range of people I met, films we saw and discussions we had left me spellbound and inspired.  But most of all it left me with the burning desire to do it all again.  I realized that one cannot truly judge the experience without a few seminars under your belt, for the experience is not only about what appears on screen but also about the programmers and participants.  Parts of the program this year were really difficult for me.  They challenged my expectations of storytelling and documentary film but it was also amazing how much these dense films became fodder for stirring debate and intellectual rigor.  This experience wasn’t about loving every film or being always entertained, it was about the dialogue that was generated. This dialogue is what kept us all engaged and conscious of our humanity. 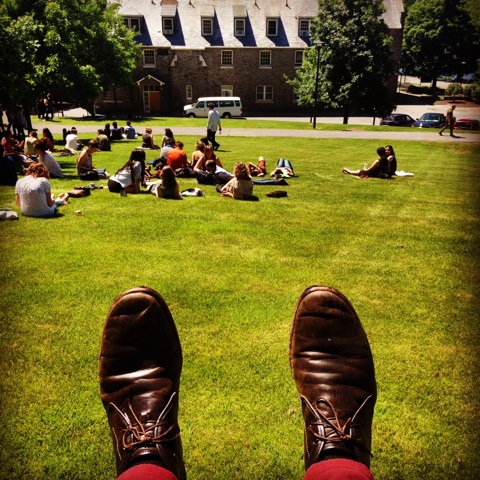 Upon hearing of this year’s Flaherty Seminar topic “Turning the Inside Out” I was truly excited.  A Flaherty Fellowship sponsored by LEF enabled me to attend, and it came at a pivotal moment in my work.  After twenty years as a video installation artist, I am actively pursuing a new direction—the experimental documentary.  This year’s topic was precisely the question I, too, have been pondering:  How does the form of presentation affect the notion of “documentary?”  With help from the Film-Summer-Camp called The Flaherty, my seed of curiosity has now exploded into a full garden of possibilities, with enough bounty to carry me fully into Winter. 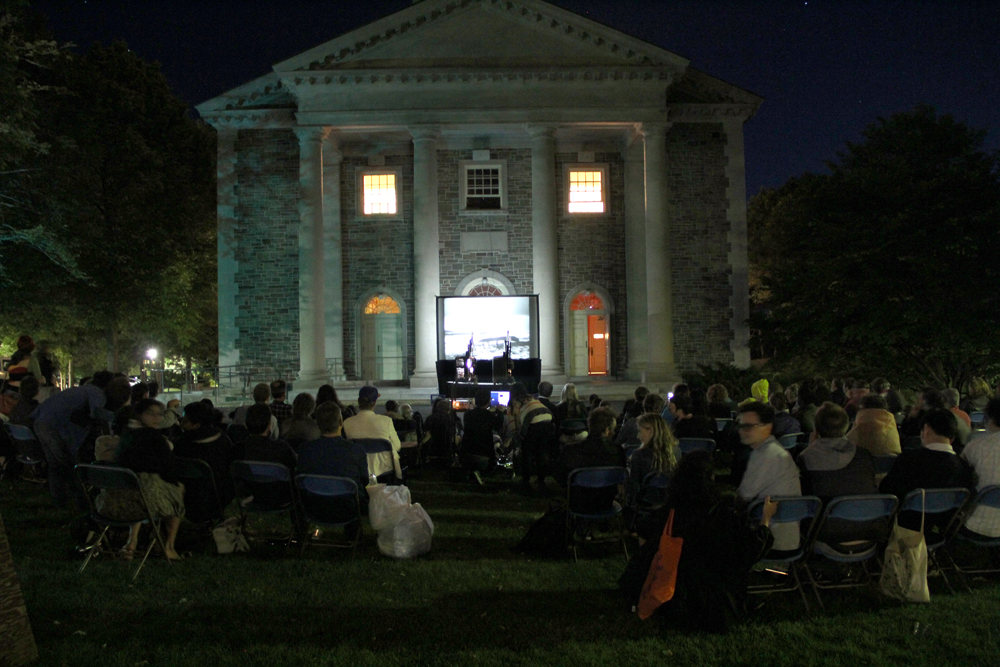 This year’s topic questioned documentary film’s claim to “truthful” representation, and examined the re-invention and expansion of the documentary form in a number of aspects, including its presentation beyond the single screen and into multiple screens, as well as outside of the theater and into three-dimensionality, along with documentary’s inclusion of staged scenes and theatrical reenactments, anonymous footage mined from the internet, surveillance feeds, and the creation of collective source material by giving laypersons cameras.  There were also moments of non-narrative disruptions of story, fictive stories parading as fact, and open-ended narratives that offered no conclusion.  Many of the films seemed to strive for what Samuel Beckett terms ‘a form that accommodates the mess.’ 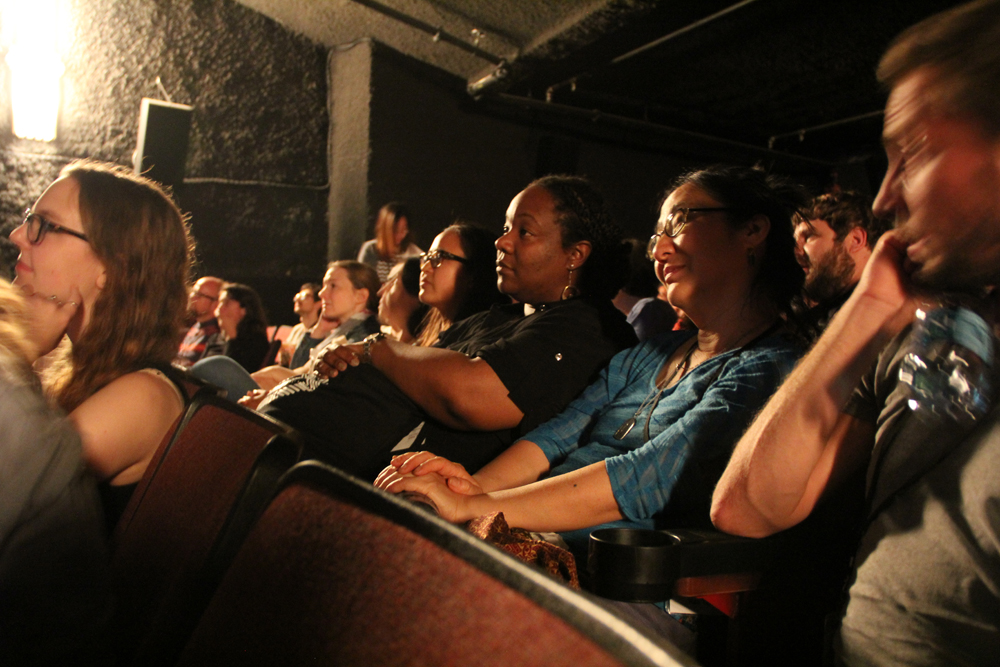 Film themes early in the week included socialist idealism, cycles of capitalism, political corruption, and structures of oppression.  The catch-word I heard a number of times was “solidarity.”  Parallels were drawn between cinematic shooting and military warfare.  As my depth of despair for humanity began to overtake me, I was saved by a shift in the final days of the seminar to films that focused on the relationship between humans and nature. Whew, a close call!  While I say this in jest, I acknowledge that it is not the programmer’s aim to please, but rather to incite us to discuss, to argue, and to challenge our experience of the cinematic. And this was the most rewarding part of my Flaherty Fellowship–the interaction with the artists and the participants was truly inspiring and unique.  To spend eight days with over one-hundred film-lovers, twenty hours a day (yes, there was very little sleep, but with assistance from caffeine and alcohol,) while passionately serving, ingesting and digesting the art of documentary film, is the consummate experience called The Flaherty, (aka Summer Camp for Film Lovers.)  I gained enough inspiration to carry me through Winter, but next summer I might just have to return for another film-feast! 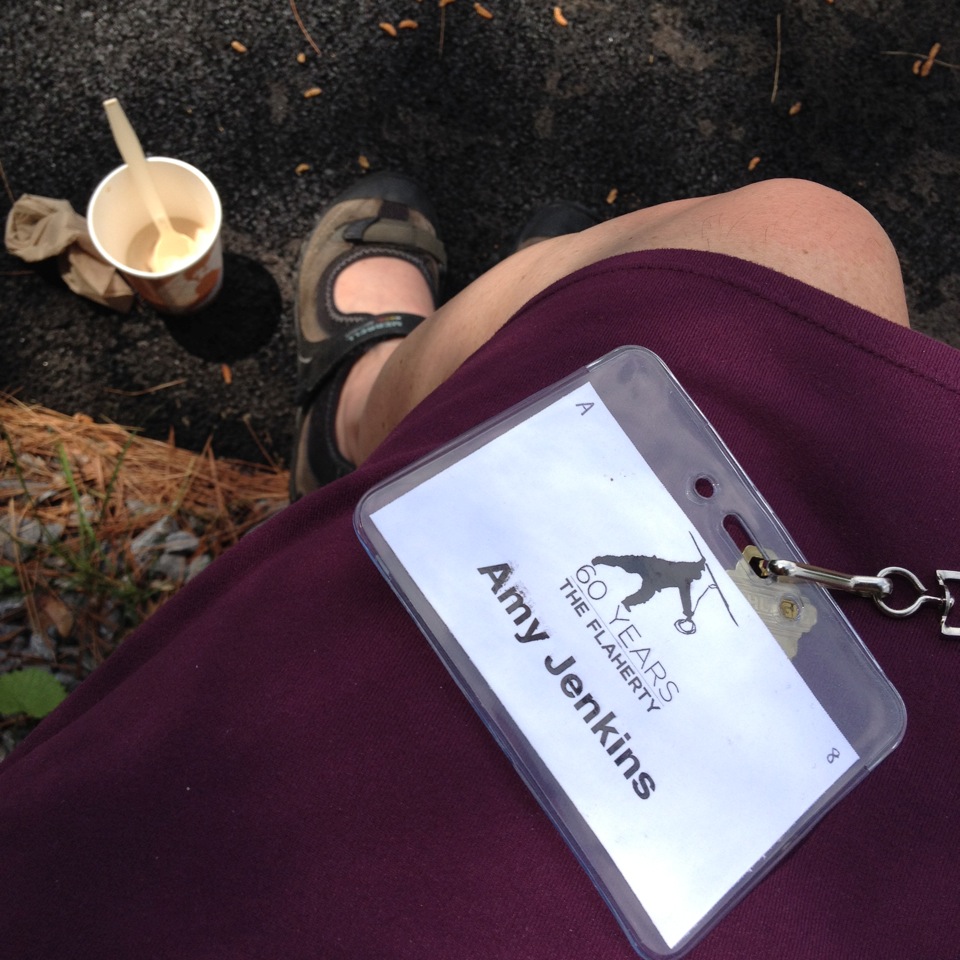 In her article ‘What’s Wrong with the Liberal Documentary’, renowned filmmaker Jill Godmilow coins the term ‘post-realist documentary’, a form that refrains from pure description, truth claims and satisfying tools but rather “disengages the spectacle from the real in order to produce knowledge.” Reading this article followed by a masterclass with Jill Godmilow was a perfect introduction to the intense 7-day experience at Flaherty Film Seminar. Her ideas hinted us that at Flaherty, we will not enjoy the usual documentary experience where we learn about the lives of “those distressed social actors” and feel satisfied with our passive emotional participation. The program ahead of us required full engagement throughout the week, not one idea was served on a plate and the level of satisfaction was proportionate to one’s willingness to dig deeper and farther in order to make connections within and between the films.

Curated by Gabriela Monroy and Caspar Stracke, this year’s Flaherty Seminar was named ‘Turning The Inside Out’, with a special emphasis on form. The films we saw throughout the week were all quite challenging and required active participation from the audience in the movie theatre while igniting intense discussions at the Q&A’s. The nonhierarchical form of the seminar was also far from the traditional festival/screening environment where audience and filmmakers interact in a formal fashion. The filmmakers blended in the crowd of 170 participants, creating a sense of suspense by keeping us wondering who we are sitting next to. The seminar’s ‘no preconception’ rule restrained us from getting any information on films and googling filmmakers. As the week progressed, curatorial vision of Monroy and Stracke unfolded elegantly, revealing the connections between films they had chosen. My personal favorites were Hito Steyerl, CAMP, Johan Grimonprez and Jill Godmilow. CAMP’s ‘The Neighbor Before The House’ depicts Palestinian families peeping into their invaded homes in Jerusalem, examining the fine line between private and public, personal and political. I drew a connection between the Israeli settlers seeking to create a homogeneous thus ‘safe’ society for themselves and Hito Steyerl’s film ‘How Not To Be Seen. A Fucking Didactic Educational .Mov File’ in which people choose to live in gated communities hoping to blend in enough to disappear completely. Johan Grimonprez’s ‘Dial H-I-S-T-O-R-Y‘, a hijacking documentary that investigates the depiction of ‘terrorists’ on media 60s onwards was the star of the first night. However it became more precious for me after seeing Steyerl’s ‘November’, a film about her childhood best friend Andrea, who joins Kurdish guerilla in Turkey and becomes a symbol on Kurdish flags after being killed as a terrorist by the Turkish army. Sprinkled evenly throughout the week, Jill Godmilow’s work was a masterclass on documentary filmmaking, advising the filmmakers not to underestimate their audience and reminding the audience that the filmmakers are not obliged to spoonfeed them knowledge. Her question lingered with me: Who am I next to this film? She said, “if this question is not asked, it’s entertainment.” Godmilow’s work refreshed my tired eyes every time, no wonder she was the toast of the seminar this year.

Flaherty Seminar was a truly unique experience. It will take me at least a couple of months to digest the works I saw and to decipher the network of meanings woven by the curators. It was a privilege to take part in such an enriching journey and I will hopefully be back for the 61st Flaherty Film Seminar next year that will be curated by Laura U. Marks and will look closely at Middle Eastern cinema. 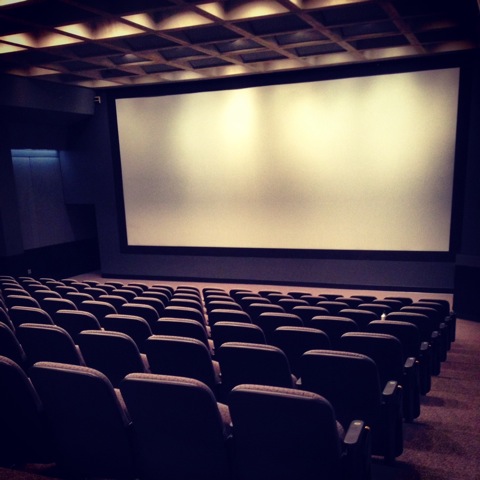 The Flaherty didn’t disappoint. I’ve known about the Flaherty Film Seminars for about ten years. Two of my undergrad professors at The University of Florida (Roger Beebe and Nora Alter) were the first to tell me about it. Since then, I’ve had many friends and colleagues attend. It’s always been discussed as one of those rites of passage for filmmakers, curators, writers and teachers:  a unique, full-immersion screening and seminar experience that leads to intense group discussions about the cultural function, politics, and aesthetics of “non-fiction” filmmaking.

The theme of this year’s seminar was “Turning the Inside Out,” curated by Gabriela Monroy and Caspar Stracke. In many ways, it was exactly the kind of work that one would expect to encounter at a Flaherty: essay films that border on, blur, and employ fiction filmmaking. The seminar opened with a familiar found-footage 1997 essay classic, Dial H-i-s-t-o-r-y by Johan Grimonprez and was followed by Hito Steyerl’s 2010, In Free Fall. Both pieces explore histories of the commercial airline industry and both are contemporary examples of a free-form non-fiction approach. This initial screening stirred up some critical conversation about the similar subjects of both pieces (commercial airlines) as being a far too didactic approach to the programming.  Although there was a similar sentiment surrounding the “remake” motif in both the pairing of Marker’s and Resnais’ classic, Les statues meurant aussi (1953) in Session 2 with a film inspired by it, Duncan Cambell’s It for Others (2013) in Session 3 and later in the programming the remake classic, Jill Godmilow’s What Farocki Taught (1997), it became clear that the curation was more about form and the evolution of cinematic language and style via modes of mediation. 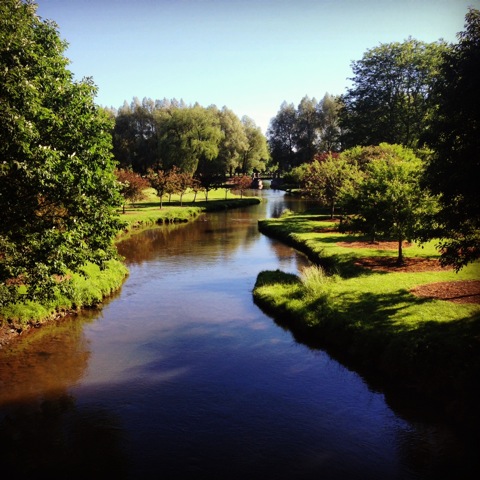 This direction became most evident in the inclusion of Jesse McLean’s work. Jesse’s work employs the codes and aesthetics of experimental and avant-garde histories, pop art, experimental ethnography, and the syntax of user-made online selfies.  This hybrid aesthetic approach to moving-image making signifies a shift away from objective Othering that so often happens when filmmakers attempt to create ethnographic films about foreign people, specifically the third world. Instead, Jesse’s work is ethnography of the first world – a world that the maker herself is very familiar with – a world of mediation and fascination with consumerism, material fetishism, fame, and information. The work treats these fascinations not necessarily as evil but as seductive, magical, and even religious fixations. One can certainly see an evolution of early Flaherty artists, Jean Rouch and Bruce Connor as well as more recent Flaherty artists Ben Russell and Deborah Stratman in McLean’s attempt at aesthetisizing American fascination with media as a kind of secular religion via cine-trance and flicker.

I’m not sure what the future holds for the Flaherty or “non-fiction” filmmaking. This year’s programming was complex enough to make me contemplate this future. Is the future of non-fiction filmmaking a series of collected or crowd-sourced recordings of world events? Is it similar to the crowd-sourced, super-cut text on The Arab Spring, The Uprising (2013) made by Peter Snowdon, a fellow at Flaherty this year? Whatever this future is, I’m sure the Flaherty Film Seminars will be a part of it. 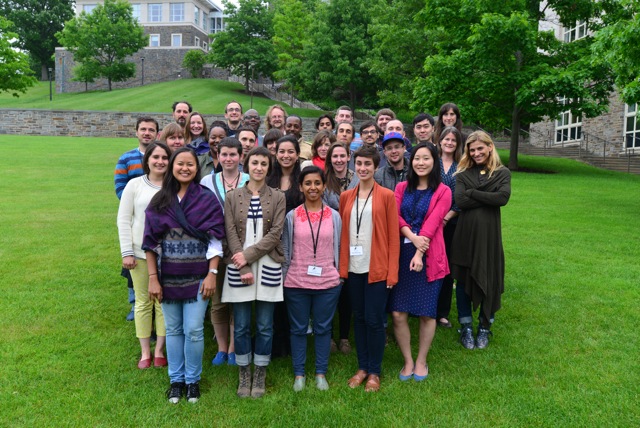