On Sunday, March 9, I spent a beautiful (almost) spring-like day on the North Shore at Salem Film Fest, an all-documentary festival that seeks to provide a high quality film event for both local audiences and filmmakers – definitely a festival to keep on your radar!

Lyda Kuth, the Executive Director of LEF New England, attended on Saturday and Sunday, and we were both excited to participate in this festival just a stone’s throw from Boston, which engages a stellar base of Salem festival-goers in addition to filmmakers from across the country in special screenings, premieres, and a variety of filmmaker discussion forums. The festival will run until Thursday March 13, so if you haven’t had a chance to attend yet, don’t miss the last few days! An added plus is that all of the festival venues are walking distance from the Salem commuter rail station. 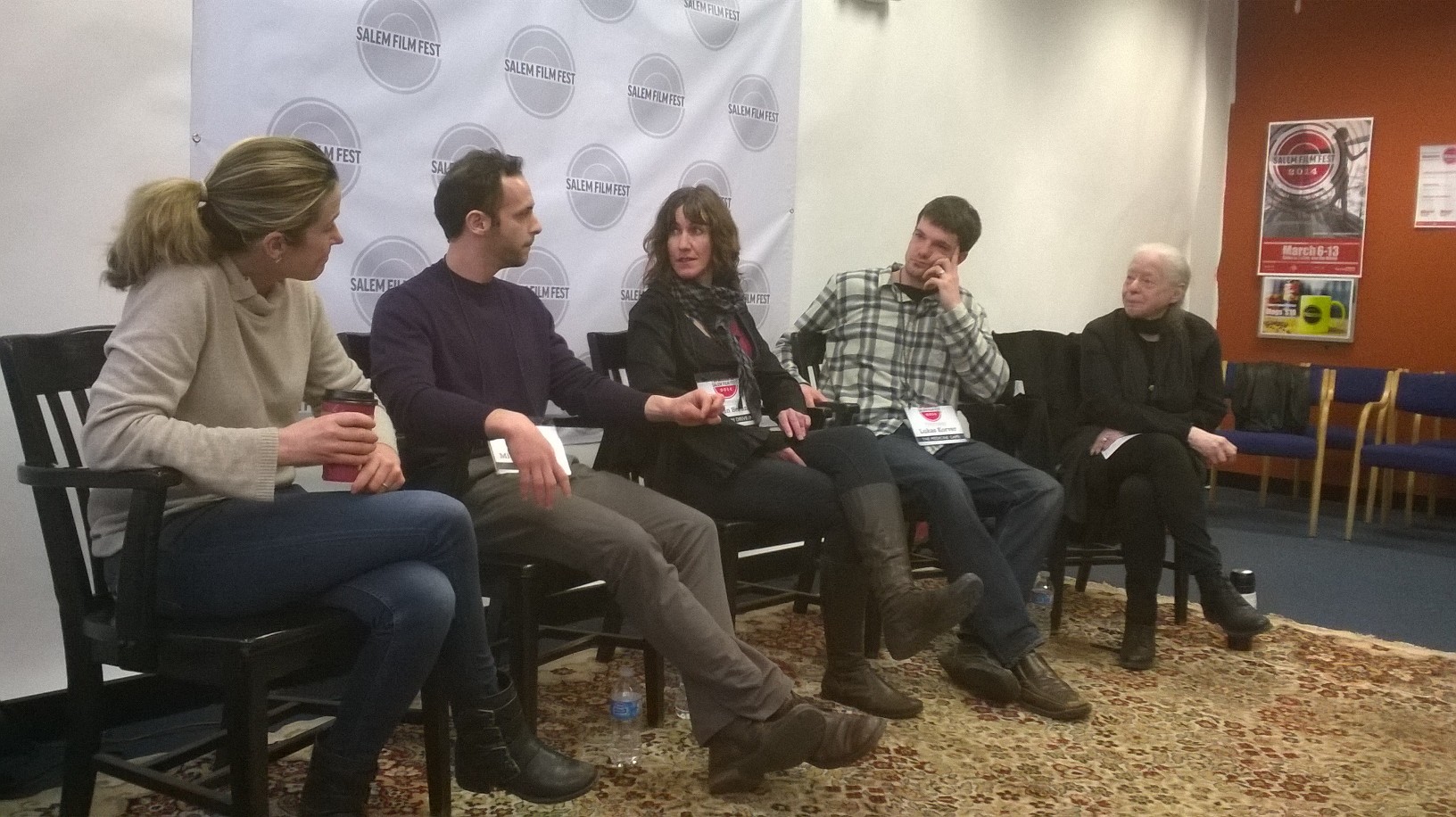 LEF-funded filmmakers have been out in full force at this year’s festival. Most notably, LEF grantee Cozette Carroll Russell will attend the East Coast premiere of her film BROOKFORD ALMANAC on Thursday, March 13 at 5:15PM. The film captures a year in the lives of two young, first-generation organic dairy farmers. Details about the event can be found here.

LEF filmmakers also made an appearance at a filmmaker forum called “Coming Soon… DOC-A-CHUSETTS”, a sneak peek at a selection of works by Massachusetts filmmakers, with brief filmmaker Q&A moderated by Loren King from the Boston Globe. Samples of a number of LEF-funded works were screened, including BLACK MEMORABILIA (Chico Colvard), FARM AND RED MOON (Audrey Kali and David Tamés), THE GUYS NEXT DOOR (Allie Humenuk), JOURNEY TO ARMENIA/SCARS OF SILENCE (Nubar and Abby Alexanian), WANDER WONDER WILDERNESS (Paul Turano), and WHAT TOMORROW BRINGS (Kevin Belli and Beth Murphy). The full list of new works can be found here. 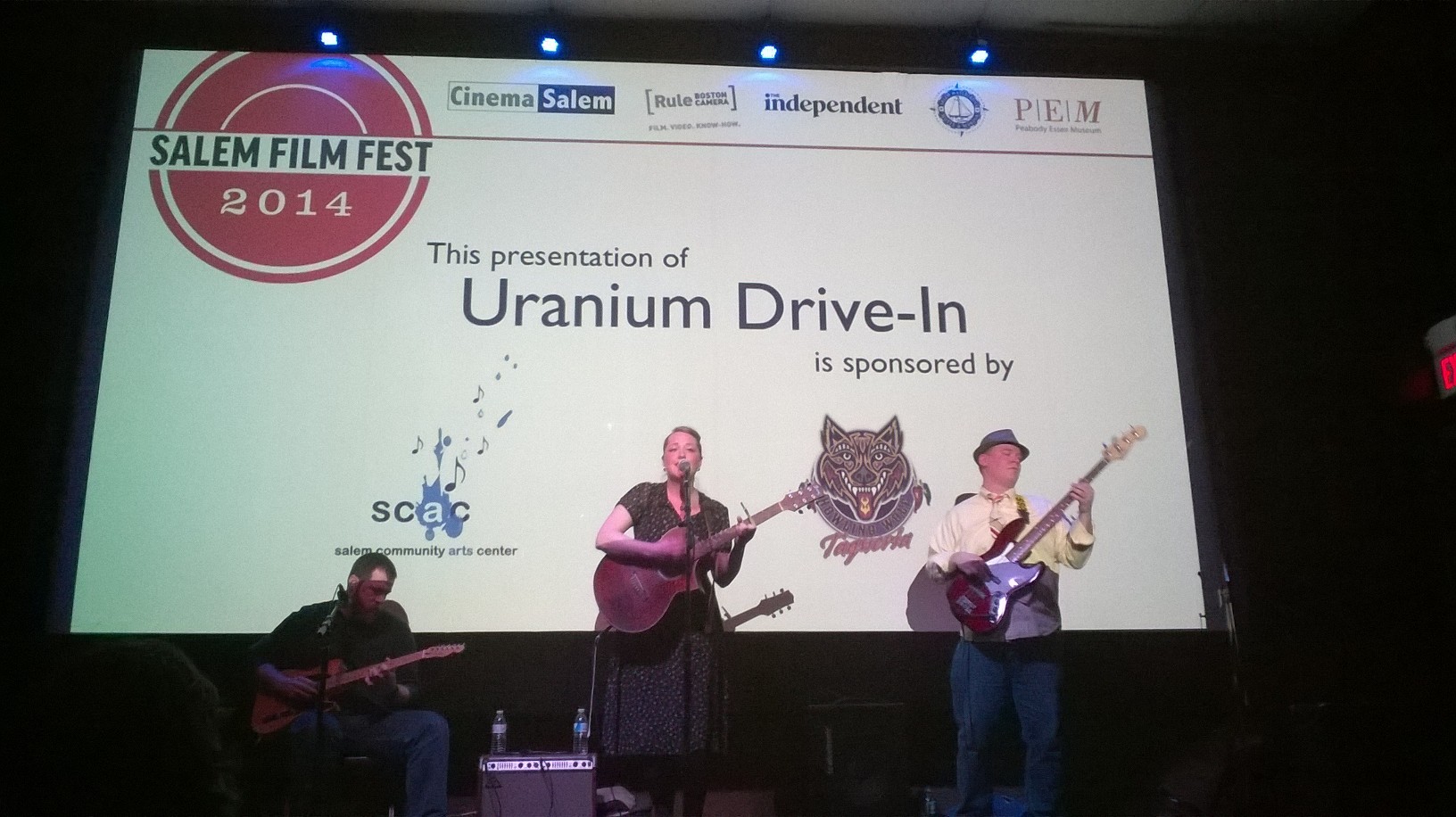 Live music before the start of URANIUM DRIVE-IN

Finally, one unique aspect of the festival was Salem Sketches, a program of short films (made by local filmmakers) selected to show individually before each feature. Each short offers a glimpse of life in the town of Salem, from a buzzing local diner with devoted clientele, to a busy shoe repair shop that doubles as a play-land for the owner’s cat, to the inner workings of the nearest sewage treatment facility. This is the second year of the Salem Sketches program, after it was premiered by SFF co-founder Joe Cultrera and SFF organizer Perry Hallinan in 2013. I only saw three of this year’s sixteen sketches, which I’m hoping might be available to watch in full online later (please clue me in if they are). You can read more about Salem Sketches and see the trailer on the SFF blog, and see a few more at the festival while it’s still on.