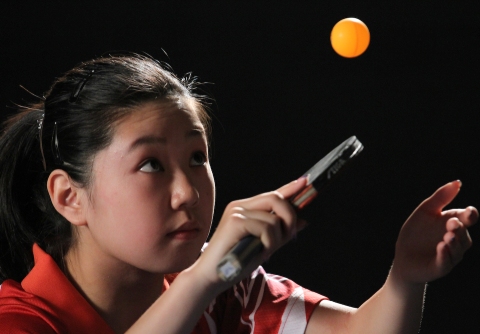 I met Mina T. Son and Sara Newens at the Big Sky Documentary Film Festival earlier this year. The California-based filmmakers are hard at work hard on their first feature documentary, Top Spin, which follows teenage US table tennis players all the way to the London 2012 Olympics. They recently finished a kickstarter campaign (check it out here) that raised an impressive $75,000. I came across the Top Spin kickstarter via Facebook, and Mina and Sara’s telethon-style live webcast during the last days of their campaign caught my attention. It was absorbing to see them under pressure and working against the clock, getting donations in real time, trying to keep up momentum and make it to their goal. I think it was similar to the way people feel while watching sports, actually (I don’t, but I get the idea), so it was a nice match between the subject of the film and the fundraising approach.

With crowdfunding now such a standard option for filmmakers (LEF Program Director Sara blogged about it here), it’s important to consider what might work best for each individual project to make it work; this is just one example of a winning strategy. I interviewed Mina about their experience:

Nellie: Why did you decide to set your kickstarter goal at $75,000, and to give yourselves such a short amount of time to reach that goal?

Mina: We did a Kickstarter a year ago when we first began working on Top Spin. It was basically just the two of us, and we didn’t have a lot of insight going into it, but the results totally exceeded our expectations and it was an incredible learning experience. So one of the reasons we increased our goal the second time around a year later was that we felt we had the right resources to pull off an even bigger campaign. Also, we were beginning to max out our credit cards and needed a large chuck of money in a very short amount of time. Grants are a crucial part of documentary fundraising, but you don’t hear back for several months and we weren’t having much luck with them anyway given that our film isn’t centered around a social issue. Kickstarter is perfect for a film like ours where the story is unfolding very quickly. We embraced a “now or never” mentality and took the leap to do it in 30 days because we’d been told that’s the optimal campaign length. Looking back, I do wonder what would have happened if we gave ourselves more time… actually, it would have probably sent us to the emergency room and that would have been bad, so 30 days was best.

Nellie: What kinds of strategies did you use to find pledges and backers, before your final countdown?

Mina: The most important strategy for Kickstarter is having access to a vast network. You start out by telling friends, family and colleagues, but if you want to raise a substantial amount, you have to reach a lot more people. We tried to partner with as many organizations and groups as possible. Those affiliated with table tennis were our primary targets (both in the U.S. and abroad), but we also wanted to connect with other communities we knew our film could resonate with such as parents, Asian Americans, sports fans, teens, documentary fans, etc. Social media is a crucial tool as far as getting the word out. We tried using YouTube more in this campaign. We posted a lot of content and I think that helped drive traffic to our campaign. We also kicked off our campaign with a launch party inviting folks to play ping pong and meet the subjects in the film. 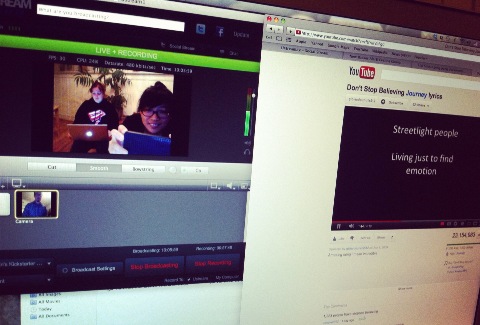 Nellie: What gave you guys the idea for having a live webcast event in the final 2 days of the campaign, and how did it play out? You raised over $20,000 of the pledges in the last 24 hours – was this part of the planned schedule or were you afraid you weren’t going to make it?

Mina: Our friend, Goh Nakamura, is a musician and he had one of the most spectacular Kickstarters we’d ever seen! For the final days of his campaign, he did a live webcast and ended up raising $10,000 in the last 24 hours. It was super inspiring. When things started looking pretty dire we knew we had to do something, so we called Goh for advice. He encouraged us to do our own webcast and even agreed to be our special guest in the last two hours of our campaign. Sara was a little skeptical at first and wondered how we were going to entertain people for 48 hours and who on earth was going to watch (two totally valid questions). Turns out, the two of us were born to do live webcasting! We also had the help of our wonderful subjects and incredibly supportive friends who did all sorts of crazy things to get people to donate. You can see what shenanigans we got up to here. And it worked! So to answer your question, our huge final 24-hours-straight push was definitely not part of the plan and there were numerous times we thought we weren’t going to make it.

Nellie: What about this specific project makes it a good fit for kickstarter? I’d imagine that having support in the table tennis community, with the olympics so close at hand, was a big help in promoting the campaign – were there any unexpected avenues of support and backers?

Mina: Yes, we were definitely thinking about the Olympics when we were planning this campaign and I think it was helpful for us to build on that momentum. The goal is to keep telling people about your film, but you also don’t want to sound like a broken record and just keep going on and on about your project. So using the Olympics was a nice way to engage with folks. It’s also helpful if you have more than one community to connect with. We didn’t put a great deal of effort in the beginning in reaching out to the international table tennis community, but we probably should have. Towards the end of the campaign, we definitely noticed more help coming from countries like Germany and Chile, which was a welcome surprise.

Nellie: Would you ever do this again?

Mina: We had two incredible rides on Kickstarter and it’s probably best to stop while we are ahead! So, I don’t think we’ll be doing this again… at least not for Top Spin, anyway.