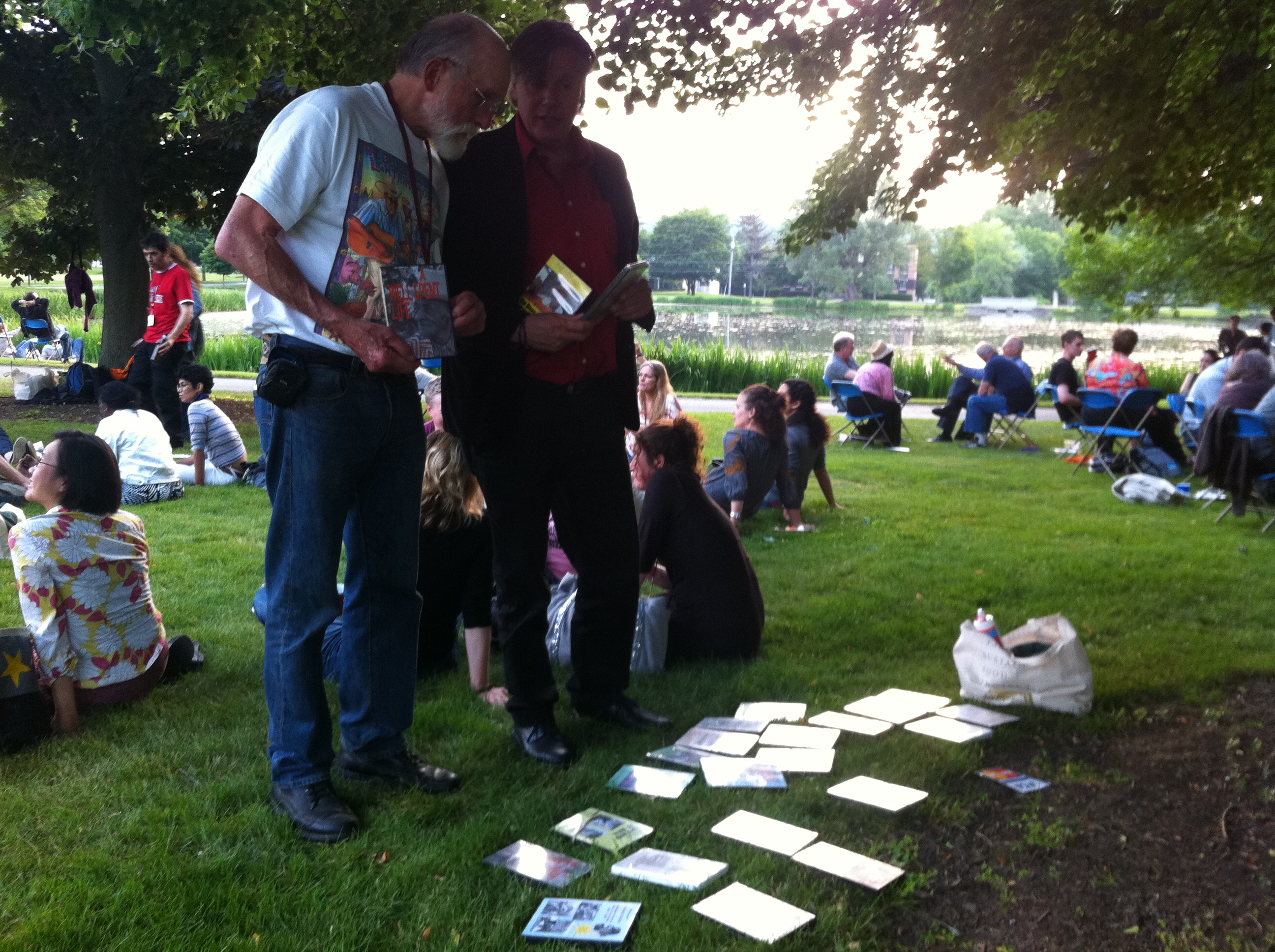 1. What an experience! Being here has been pretty mind-blowing already. Sleep deprivation has started to blend being awake, with dreams and films. The first night we watched Spend It All (1971), by the extraordinary Les Blank, and I keep coming back to one deceptively simple thing he said during the Q&A/ discussion hosted by Sally Berger (MoMA). It was clear that the audience was in love with the film, and the patient storytelling that drew people (or “contributors” as they call them in the UK) out with respect and admiration.  When Les was asked about how he made such a profound film he answered “well, I just rolled the camera when I saw something interesting.” It all boils down to the fact that he trusts his “gut” (and isn’t even afraid of being fired). As I get more exposed to different filmmaking styles, and try to learn as much as possible, I want to keep this idea of trusting instincts in mind.

2. Last night we watched a film about Pete Seeger and square dancing, and then had our own square dance. Love the way the films and physical experience of being here is working together. Full immersion. 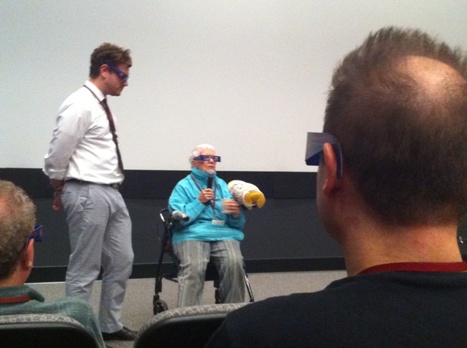 3. Pioneer and Rockstar Lillian Schwartz showed some of the first computer animations. Turns out that by working in primary colors she unknowingly created 3D films!

Here is a documentary about her early work: http://www.youtube.com/watch?v=yiHv6UTU7nY&feature=related

4. One of the best things about Flaherty is the short and often unfinished conversations that happen in the lunch line, on the way to a screening, or sitting on the lawn.

5. Today we had a 3-hour break from film watching. It was raining very hard and even though I didn’t have an umbrella, I decided to take a walk through campus. After watching so many films and focusing on sound elements — the walk in the rain was an incredible sonic experience. Water drops hitting a metal railing, leaves rustling – all blended into a kind of music.

6. This just in from programmer Dan Streible….films watched at Flaherty 2011….90!

Got to hand it to him for orchestrating this event! Maybe it’s because we have been watching so many films on musicians, and perhaps because I have been making a film on a guitar orchestra, but I can’t help but see a metaphor in this whole experience. In programming the Flaherty his role really has been that of a conductor. Deepening the discussions with every screening. It is certainly going to take a while for all these ideas to be digested but what a week! This has truly been a transformative.

BIG thanks to the incredible Flaherty Staff for all their hard work!

Fittingly — on the way back from “Sonic Truth” I went to the “Solid Sound” festival at Mass MoCA.  It’s a 3-day festival of music, art and films, curated by Wilco. A short film I made (The Guarantee – link: http://www.newday.com/films/theguarantee.html) was screening, and I was very excited to be wearing my “Sonic Truth” t-shirt to the event. Sonic Youth was playing at the festival the next day, and someone looked at my shirt, thought I was a crazed fan, and said something to the effect of “I hear you, so true.”

Also, just found out there is a wonderful thing happening at the MoMA:

Thank you, Jesse, for writing about these wonderful Flaherty moments!