In Discussion with the Massachusetts Production Coalition

Home > Blog > In Discussion with the Massachusetts Production Coalition 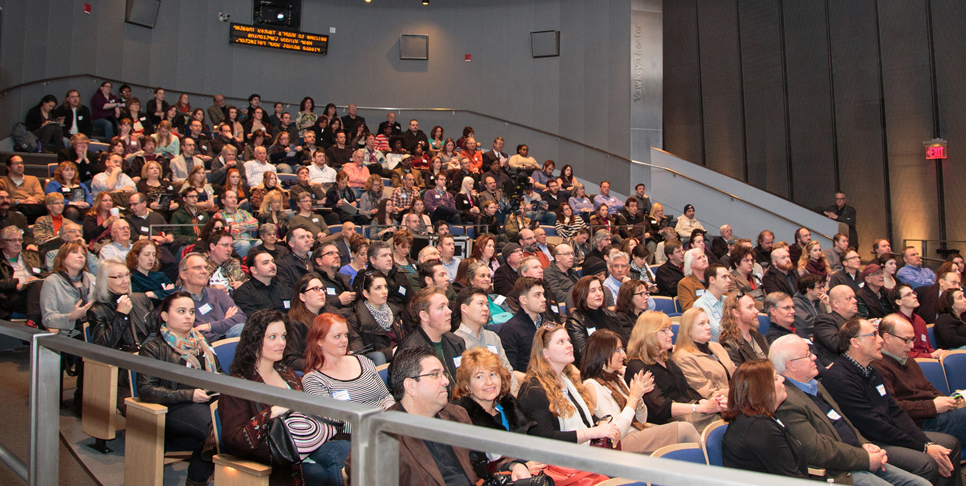 A few weeks ago, LEF Program Assistant Gen Carmel sat down with David Hartman, Program Director of the Massachusetts Production Coalition (MPC), who shared details on the unique opportunities for Bay State filmmakers that have appeared since the MPC was created in 2005. The coalition works as an advocate to promote film and media production in the state, and as a platform for professional development.

How did the Massachusetts Production Coalition come about?

The MPC was formed in 2005 as a convergence of a couple groups that organized within different sectors of the industry.  MPC became the place where those groups came together to create a broad representation from pretty much every aspect of film and media production.  As far as I am aware, it is unique among other states for the level of collaboration that exists here.

Who does the MPC serve?

We are a really big tent, and serve everyone working in or touched by film, television, or commercial production in all of its forms.  In terms of our programming we strive to create opportunities and do things that appeal to the greater ecology of film and media enterprise. That’s definitely a challenge sometimes. We produce quarterly industry meetings, six seminars or workshop events, an annual expo, and some other one-off kinds of events within a single year. Between all of that you work to find places to be relevant to the interests of everyone.

What’s been the MPC’s greatest accomplishment to date?

Functioning as an industry representative to have the state’s film tax incentive legislation passed and remain effective is an achievement a lot of people associate the organization with. It was a cause that everyone in the field was able to get behind and unify to work towards. That program is in many ways the most essential piece of what has really made Massachusetts a competitive place to do business and sustain a career in the industry.

How does the MPC advocate for the film and media industry in Massachusetts?

Over the years, MPC has worked with numerous industry groups and institutions to produce reports and consistent communications that describe the kind of economic activity film and media production contributes to the state, and where it can grow. Informing our representatives of our industry’s impact and the unique qualities it offers is an ongoing process.  So there’s a constant regeneration of data and information that we need to synthesize to create a snapshot of how things are working, and where they can grow.  Also promoting Massachusetts as a place to do business and where our industry thrives enriches the cultural life of the state.

How do filmmakers benefit from the tax incentive?

For filmmakers and producers, one of the strongest qualities of our state’s program is that is has a very accessible threshold for a project to become eligible for an incentive, so the entry point based a project’s budget or spending is very reasonable.  This makes it much more feasible to consider producing here as an independent filmmaker.

What do the MPC meetings attempt to do?

Our quarterly meetings create opportunities for members of the industry to connect and be informed. About 200 individuals attend each meeting. Networking is in many ways a function that MPC meetings serve best, and creating a place for the kind of interaction that happens at our events is really unique. We do four member meetings per year at different venues, whether it’s a location in town that’s supporting the film industry, a theatre or hotel; or company headquarters or studio.

The format is pretty consistent: we’ll have an hour and a half cocktail reception, so as people are leaving work they can filter in, then we do an hour and a half of presentations, which are diverse – it could be a topic that relates to a trend in the industry, locally produced projects, or a business or new product that we want to feature. We try doing themes from time to time, but it seems to attract a more diverse audience and the kind of interaction we hope to facilitate if we are open-minded and flexible.

The MPC also organizes the Massachusetts Media Expo. Could you tell me more?

The Media Expo is a really unique program, and last year’s event at WGBH was the first year we produced this. The Expo, like many of our programs, is supported by the Massachusetts Cultural Council, and that support has helped make the level of programming we are doing truly possible.

The Expo started out as an idea for creating a really large annual event that brought everyone together into the same space for a day – and the first year was kind of an experiment. There wasn’t really a precedent for having a large-scale trade show here of any kind for our industry, but thankfully everyone participated and we were fortunate to have over 50 film and media entities get involved as exhibitors. It was pretty remarkable. We had numerous programs throughout the day – a keynote panel of renowned producers, a couple of panels on different topics; one with a terrific independent filmmaker, another with local casting agencies, and then we had a really unique film premiere and panel at night. It was attended by over 600 individuals over the course of the entire day.

What does the MPC seminar series offer for participants?

The seminar series is a strong professional development series and is evolving – the first year we tackled production from beginning to end, so we had six throughout the year, and each one guided people through a different phase of production with a panel of creators from different genres of film and media making.

Last year we made it more topical to address themes that people wanted to explore further. From a distribution angle for example, people really wanted to talk about social media and how to self-market their work and themselves, so we focused solely on that for one seminar, and branded entertainment for another. We did a seminar on composition, because people were really interested in exploring audio further – so we had a panel of really great composers, like John Kusiak for example, who does terrific work in both documentary and commercial productions.

This year we’re broadening the scope of what we do with the seminars and some are more workforce development focused. We did one in April on camera dynamics and expanded it into a half-day event with both aesthetic and technical components. For that seminar, there was a really good panel of cinematographers and DPs that explored camera movement in their work and the kinds of tools that they use to create a shot through movement, and we were fortunate to have a lot of gear and equipment for hands-on demonstrations with the experts from High Output and Rule Boston Camera.

We’re also beginning a program that hasn’t been done here in a while which is a Production Assistant (PA) training program, so it will be a real primer on how to begin working on feature film and commercial productions.

How can local freelancers tap into new Hollywood opportunities in the state?

In many respects it really is still a word of mouth industry – you find the people who are working in the areas you want to be involved in and you just keep talking to them until you find a place in it. There is a service called Central Booking that books for crews, but generally speaking its still very much a person to person field, and you have to be very proactive – you have to find the people you want to work with, and that’s one of the things MPC does really well – we’re inclusive, so if people are starting out, coming to our events is a great way to make connections with the people you want to reach.

Do you have any thoughts for documentary filmmakers in particular?

I think the interests of independent filmmakers align really well with the greater business community we see growing here because independent filmmakers are essentially entrepreneurs – they have to be. Whether you look at each film that they do as a business in itself or the collective production that they do, they have every reason to be involved with a creative and business community that supports it.  Through MPC we’ve seen a number of independent documentary filmmakers connect with different resources and businesses, whether it’s for feedback on something or connecting with people about getting involved in a project. A lot of businesses will make their services as accessible as possible for producers to get their projects made – they want to see good work happen, and they want to see it come from here.

What are the benefits of MPC membership?

It’s two things essentially – it’s an opportunity to be part of the community by having a point of contact with people and a place to connect with people from every aspect of the industry, and it’s supporting the initiatives that MPC develops to keep the industry growing here.

What’s in store for this year at the MPC?

Our seminars started up recently – we have a PA Workshop on May 10th, and then another seminar in June on the business of freelancing as a career. For that one, we’ll bring a lot of terrific people together to discuss how they navigate in a freelance workforce. Then we’ll have the Expo and more seminars in the fall. Our next MPC Meeting is on May 19th at Red Sky Studios in Boston.  We have two more of those to look forward to this year, so I think I’ve got my work cut out for me. Connecting people – and helping them find opportunities, that’s really half of the job.