Gen’s Thoughts on Camden: A Festival Experience for Everyone

Home > Blog > Gen’s Thoughts on Camden: A Festival Experience for Everyone 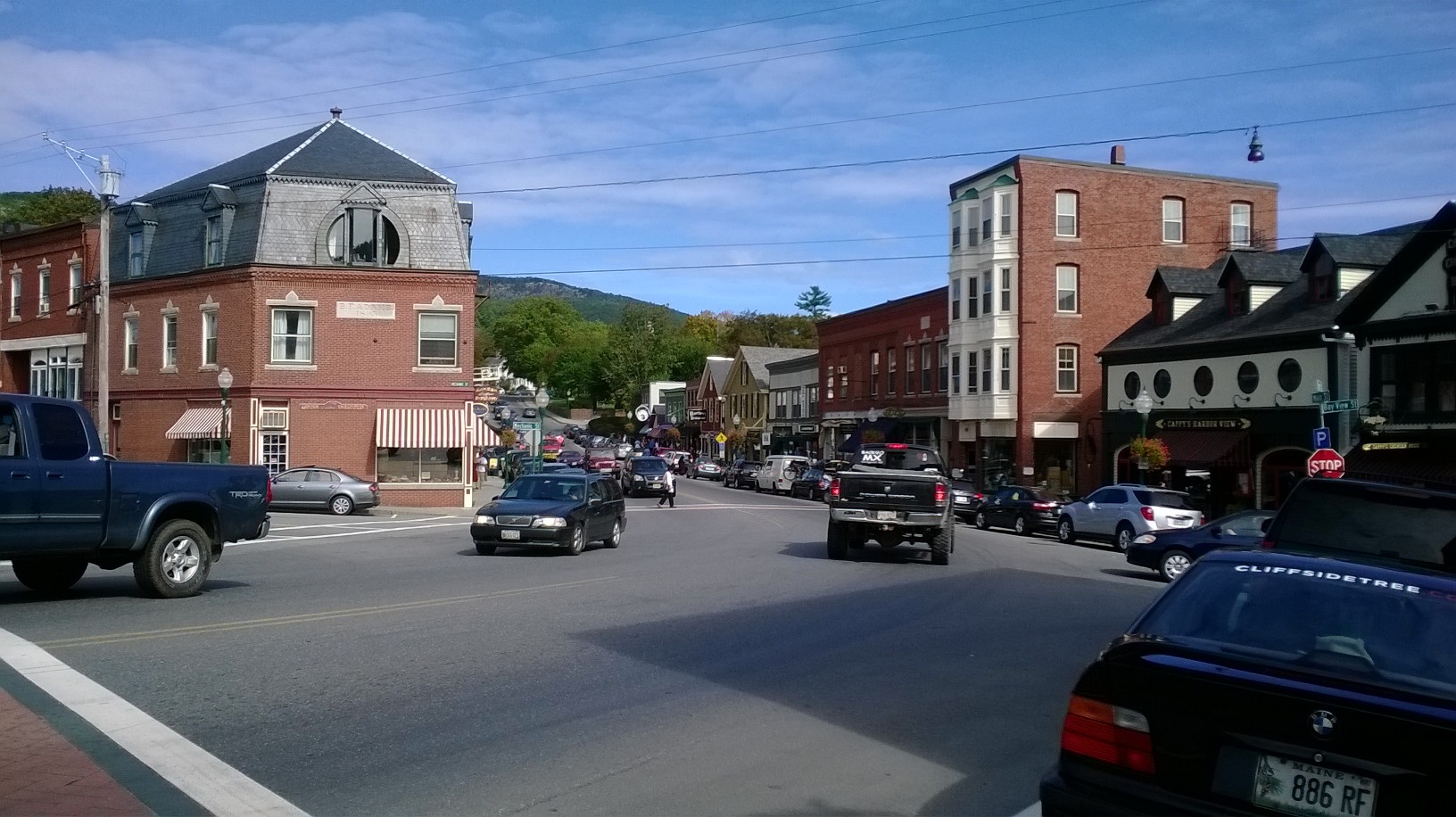 Before I began working for the LEF Foundation, I worked for two years with independent film festivals in China as a translator, moderator, program coordinator, and programmer. I learned to consider the presence of plainclothes police officers, mysterious power outages, impromptu venue-changes, and festival cancellations as fairly normal – all in a day’s work for independent festival organizers. 2012 was a particularly tough year for the independent festival circuit in China.

One of the programs that I was most excited about was a film and cultural festival which sought to bring a series of Chinese, American, and Japanese documentary films to a small town in China. The festival team spent many months of hard work preparing for the event and preparing Chinese subtitles for each of the foreign films. Sadly, the festival was abruptly cancelled only days before the event. With special guests already on the ground, the festival organizers did what they could to have the show go on in some small capacity, but the audience was very limited. Why was it cancelled? Perhaps because it was an alternative event, unsanctioned by the state. Truthfully, it remains a mystery even to the organizers, but the end result prevented folks from enjoying a great community event together. You can probably imagine how frustrating this might be for everyone involved, and how, in the long run, these restrictions and repeated cancellations can and do hamper the potential of any independent festival to reach their fullest potential as a critical point of contact for new filmmakers, new audiences, and industry.

Fast forward: Two weeks have passed since the LEF team made our way north to the Camden International Film Festival, which took place on one gorgeous fall weekend in Camden, Maine from September 26-29, and I’m still riding high from the experience. Only in its 9th year and already rated one of the top 25 film festivals in the world, Camden’s tagline is “Small Towns, Big Films”. While attracting national and international participants and supporters, the festival also mobilizes a strong corps of local volunteers and engages audiences of all kinds, from filmmakers and film industry professionals to local and visiting cinephiles, young and old. Camden is a great example of what a passionate festival team and a vibrant film-going community can build in just a few years, when allowed to get creative and grow. I appreciated my time in Camden so much more because of this. The Camden experience is what every film community deserves in a film festival. 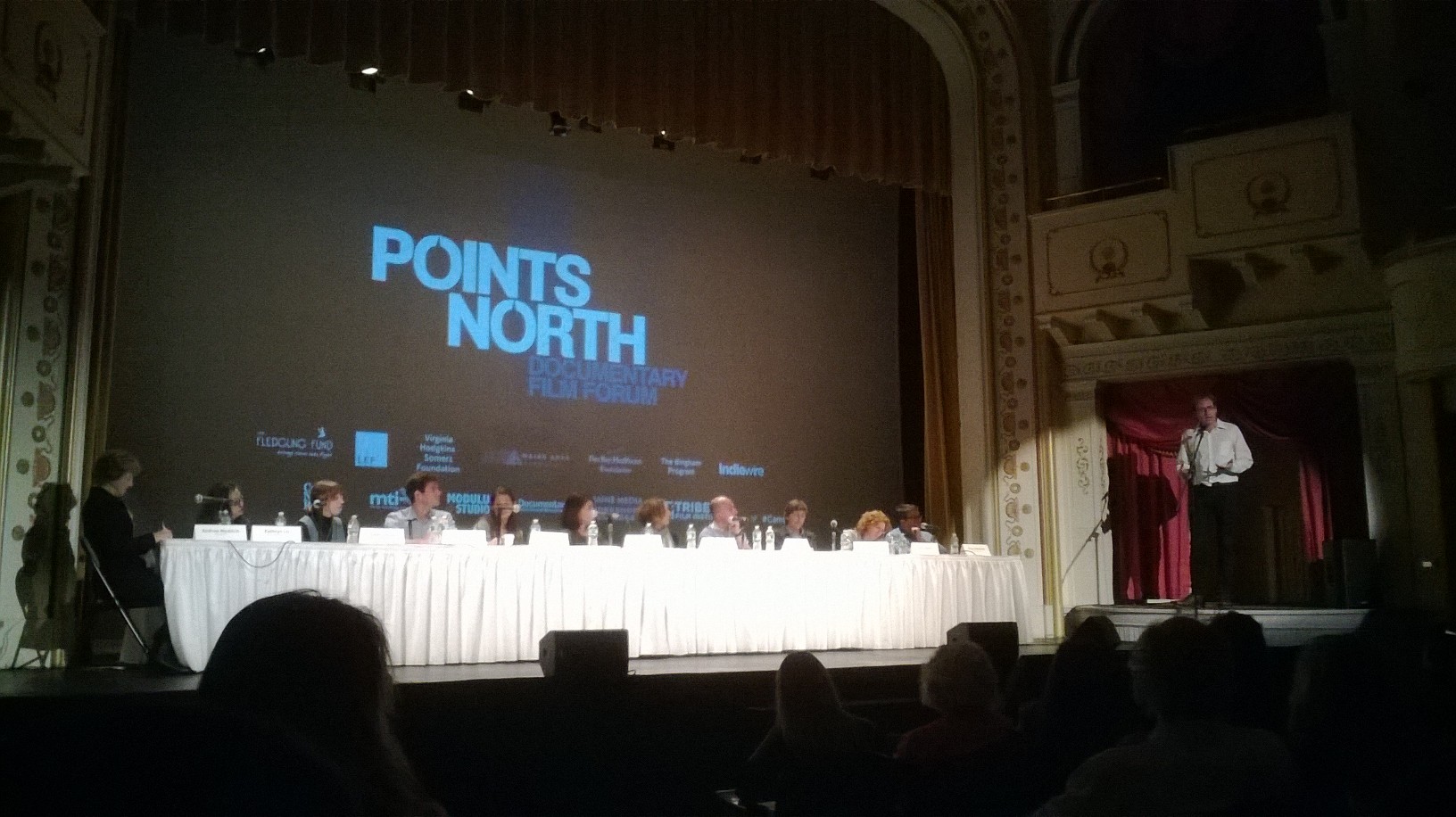 Attending as an industry delegate, but also as the new kid (I joined LEF in August), I was able to sit in on a number of discussions and events tailored to the industry side of the festival, while also seeing a good portion of the film program, a celebration of documentary at the very heart of the festival.

The festival’s opening film, which screened in the beautiful Camden Opera House, was CUTIE AND THE BOXER, Zachary Heinzerling’s playful study of the romantic and creative relationship between Ushio and Noriko Shinohara. The two artists have spent 40 years building a life together within New York City’s art world, and Heinzerling’s verite tribute reveals the emotional and artistic journey that Noriko has made from her feeling of being eclipsed and consumed by her husband’s career to a sense of spirited independence as she brings to life the narrative of her inner heroine-artist, defending her creative subjectivity.  During the post-screening discussion, Heinzerling recalled that he had spent so much time with Ushio and Noriko that he eventually came to be treated like a piece of the furniture in their home – not an uncommon experience for many documentary filmmakers, except that in Heinzerling’s case, Noriko would even affectionately refer to him as a household appliance, like the vacuum cleaner or rice cooker.

The festival’s opening night party under the lofty eaves of the Brewster Point Barn set a precedent for the other special evening events to come later on that weekend. I missed out on the tire swing and teepee set-up at the Friday night party, but the same industrial harbor side venue was transformed by the Camden team for the penultimate night of the festival, when those not on the dance floor could walk through tunnels of fishnet and dreamlike moving images. Most everyone I spoke with about the festival’s parties told me that Camden’s venues for special events never fail to surprise, and for many industry participants, these events form a crucial thread in the social fabric of the festival. However, while some partygoers devotedly stayed up into the wee hours every night, I wanted to get up early to see some film!

Camden’s Shorts First program was held every morning from Friday to Sunday at the Bayview Street Cinema, a theater located just steps away from Camden’s harbor. Camden’s founder and director Ben Fowlie started the program as a way to get people into the theater early on in the day to appreciate and discuss the value of short-form cinematic storytelling, which too often takes a backseat to feature-length films at many festivals. I was able to attend most of the first morning of shorts, a skillfully programmed selection which at times challenged its audience to make unexpected connections among stories and settings that initially seemed vastly different. After the first few films, I felt as if the entire theater had just gone over the first steep drop, and was gearing up for the next twist.

My favorite short of the morning was FLO (by Riley Hooper) about a long-term New York City resident and avant garde photographer who develops Multiple Sclerosis. As she loses control of her body, she continues to take photographs of the city around her by handing the camera over to her home health assistants, and directing them as they walk (or as Flo rolls) through the sights of the city. 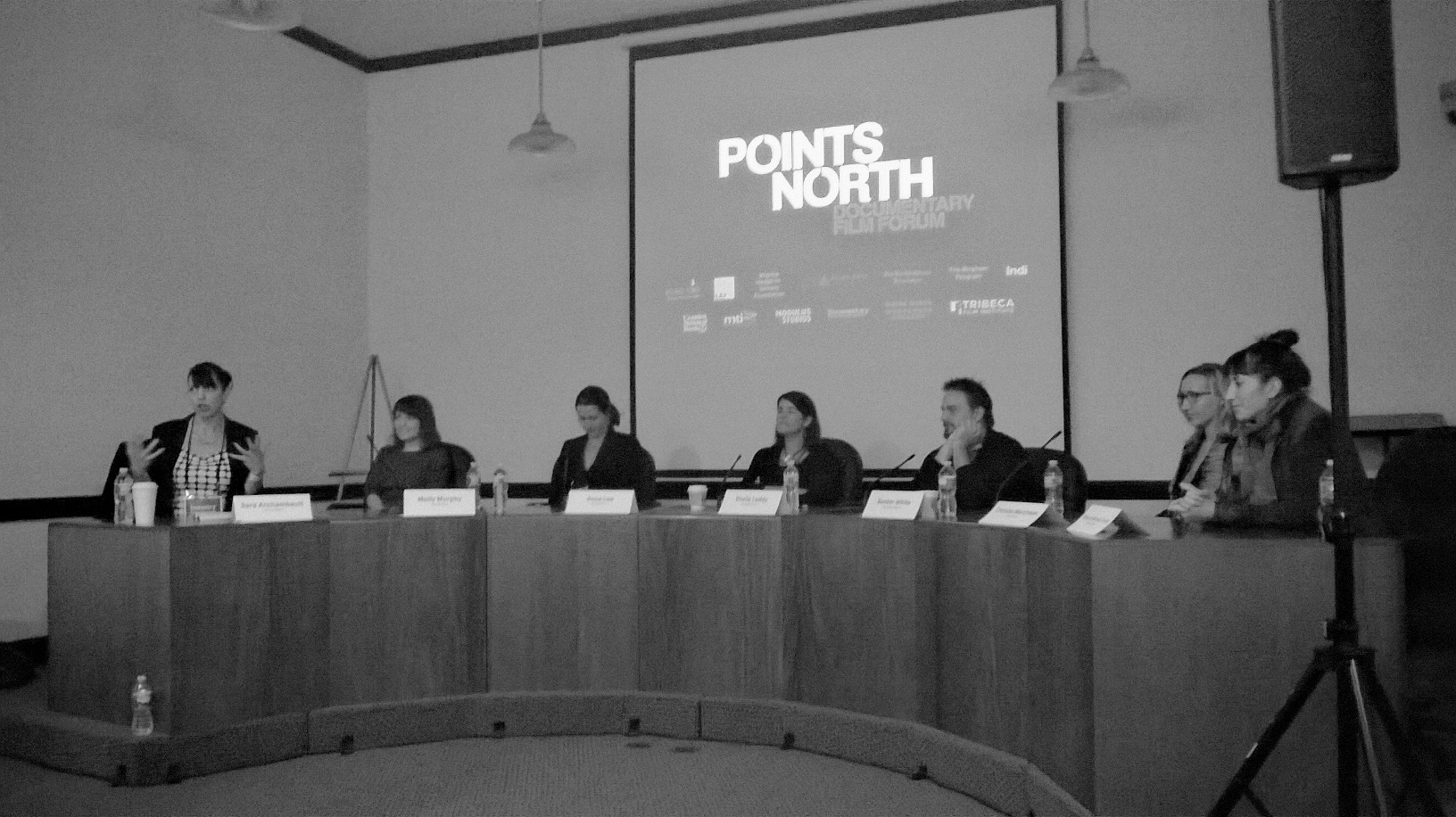 Sean Flynn, the director of the Points North Documentary Forum, has done a terrific job in crafting the program’s line-up of panel discussions, master classes, pitch sessions, and more. The first event of the forum that I attended was a panel discussion called From Story to Action, which LEF Program Director Sara Archambault moderated. The discussion focused on the strategies and challenges of impact producing with a fantastic panel of impact-oriented industry professionals and filmmakers, including LEF grantees Banker White (THE GENIUS OF MARIAN) and Rebecca Richman Cohen (WAR DON DON, CODE OF THE WEST), as well as Sheila Leddy (The Fledgling Fund), Christie Marchese (Picture Motion), and Molly Murphy (Working Films).

The Points North Pitch and the New York Times Op-Docs Pitch were perhaps the two festival events I found most exciting. If you’re a filmmaker who has never attended a pitch event before, I can’t imagine a better, faster, or more intensive way to get top-notch feedback on a work-in-progress (Read more about Sara’s experience pitching at Hot Docs for her advice). PROJECT NODAK (Lewis Wilcox and Jonah Sargent), the only film pitched at both the Points North Pitch and the New York Times Op-Docs Pitch, won the latter of the two competitions, and the filmmakers were awarded an opportunity to create a short for the Op-Docs website with a budget of $2,000. Drew Xanthpoulos’ THE SENSITIVES, about ordinary people swept out of the mainstream by mysterious and toxic reactions to everyday stimuli, won the Points North Pitch Award and Modulus Finishing Fund the day before. 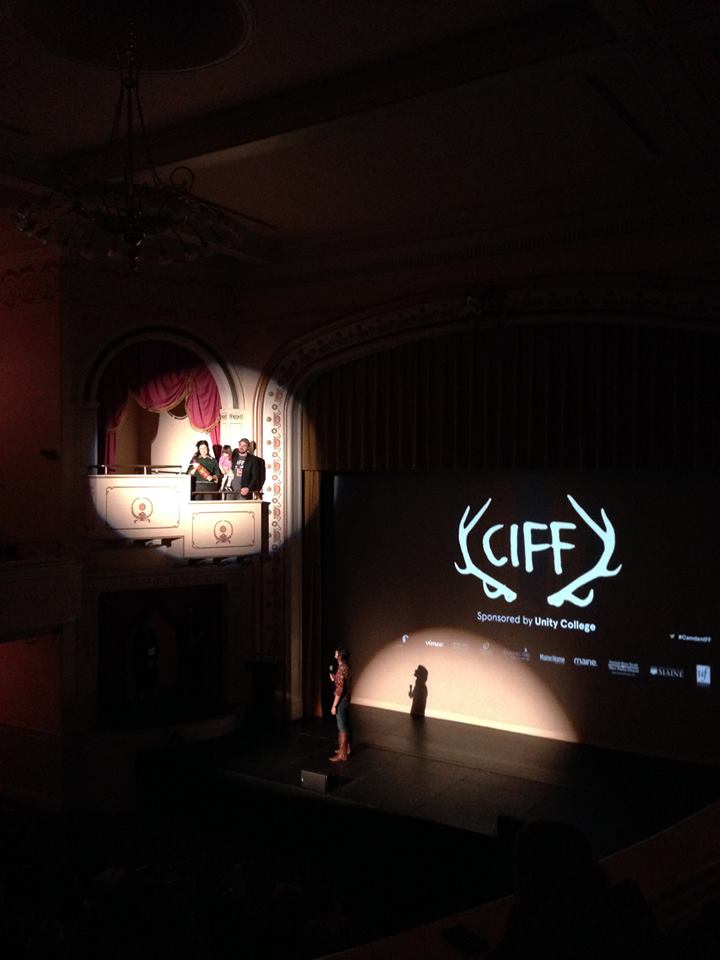 As for other festival awards, two of my favorite feature-length films at the festival also garnered prizes. First, The Harrell Award for Best Documentary Feature was given to Banker White and Anna Fitch for THE GENIUS OF MARIAN, which was funded by LEF in 2011. Second, Dave Carroll and Ryan Scafuro’s film BENDING STEEL, about modern day strongman Chris Schoeck, won the Emerging Cinematic Vision Award. Several of the other films I was fortunate to have seen that weekend included AJ Schnack’s CAUCUS, Bassam Tariq and Omar Mullick’s THESE BIRDS WALK, and Ben Nabors’ WILLIAM AND THE WINDMILL (which also screened at the DocYard earlier this year).

During the festival, there were many moments when I wished I could have been in two places at once, but alas, a festival program as rich and busy as Camden’s is bound to leave everyone wanting more – all the more reason to mark your calendars for next year. This small town festival is bound to keep on flourishing.